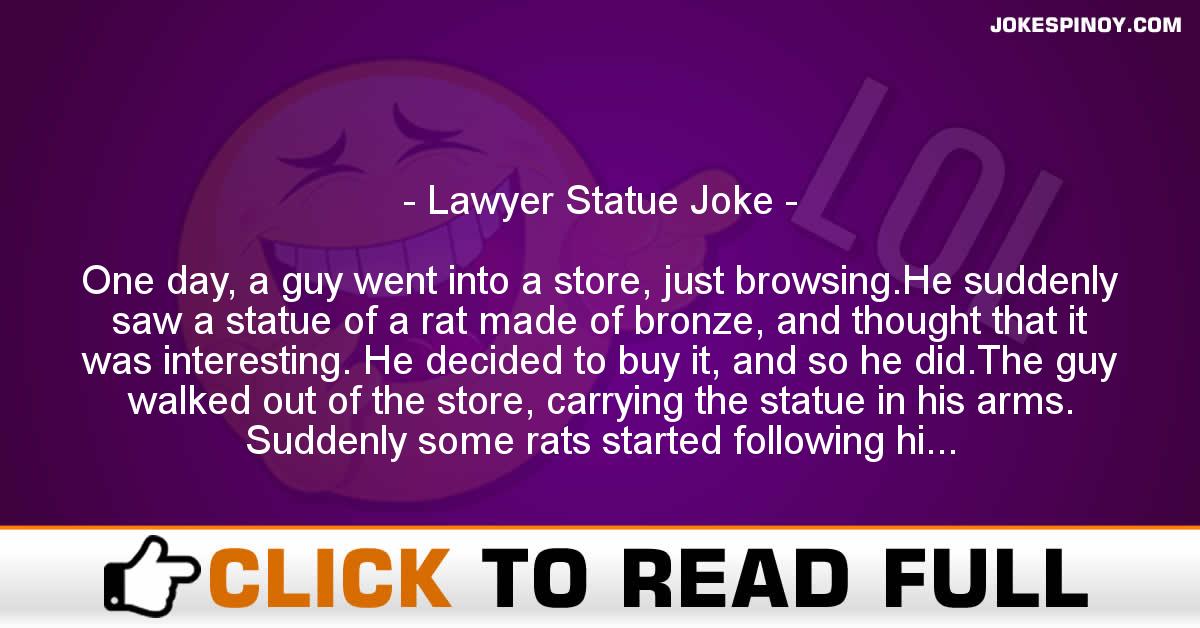 One day, a guy went into a store, just browsing.He suddenly saw a statue of a rat made of bronze, and thought that it was interesting. He decided to buy it, and so he did.The guy walked out of the store, carrying the statue in his arms. Suddenly some rats started following him.He shrugged it off, and continued on his way.As he walked along, more and more rats started following him, until all the rats in the city were behind him.He suddenly realized that it was the statue that was doing this.He headed towards the bay that resided next to the city, and threw the statue in. The rats followed, not caring about their immediate deaths.The guy ran back to the store, and when he reached it, the store owner said, “No refunds”. The guy shook his head, and said, “No, no, I was wondering if you had any statues like the one I bought, only, shaped like a lawyer.”