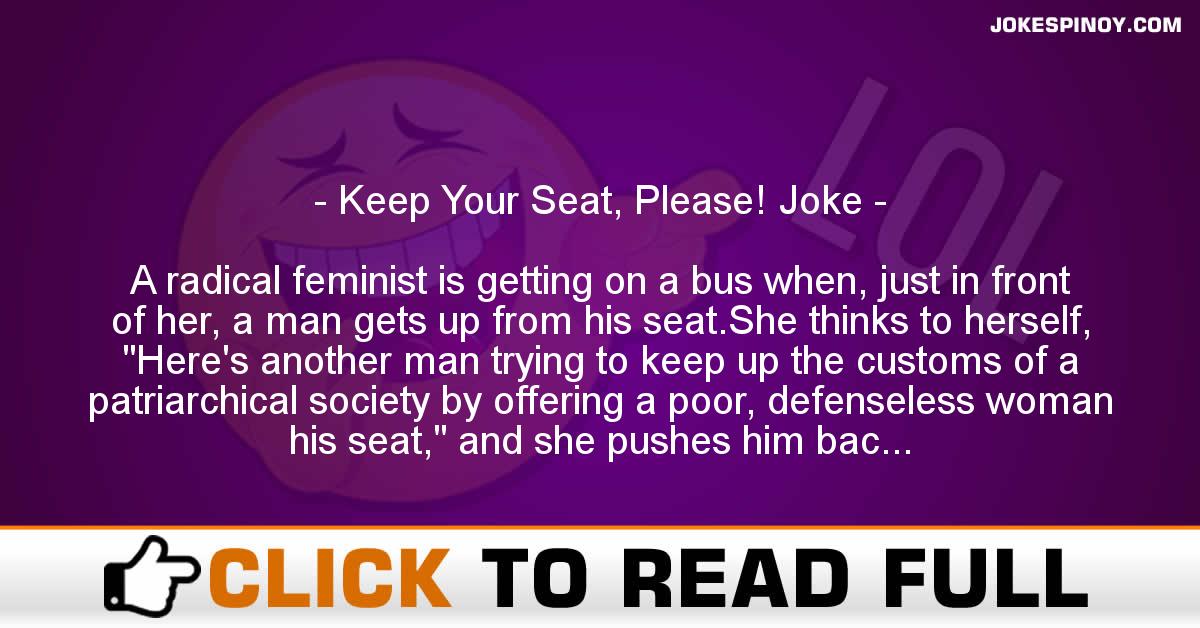 A radical feminist is getting on a bus when, just in front of her, a man gets up from his seat.She thinks to herself, “Here’s another man trying to keep up the customs of a patriarchical society by offering a poor, defenseless woman his seat,” and she pushes him back onto the seat.A few minutes later, the man tries to get up again. She is insulted again and refuses to let him up.Finally, the man says, “Look, lady, you’ve got to let me get up. I’m two miles past my stop already!”