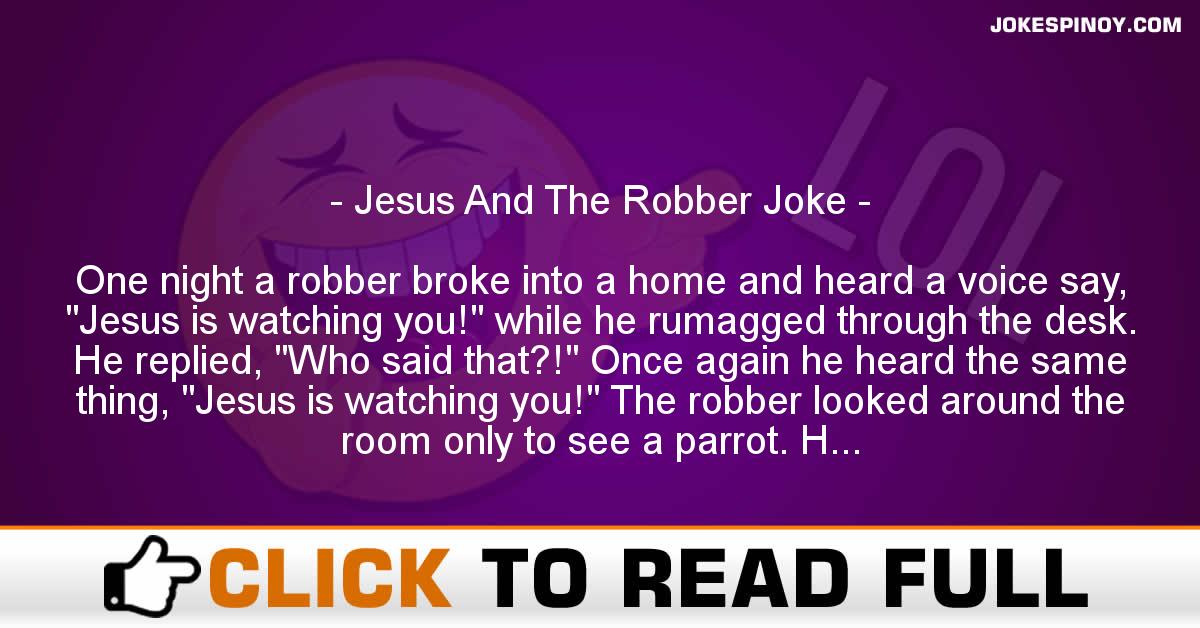 One night a robber broke into a home and heard a voice say, “Jesus is watching you!” while he rumagged through the desk. He replied, “Who said that?!” Once again he heard the same thing, “Jesus is watching you!” The robber looked around the room only to see a parrot. He asked the parrot what its name was. The parrot replied, “Cornelius.” The robber said, “What kind of a name is that?! Who names a parrot that?!” The parrot said, “The same person who named that rottweiler behind you Jesus!”