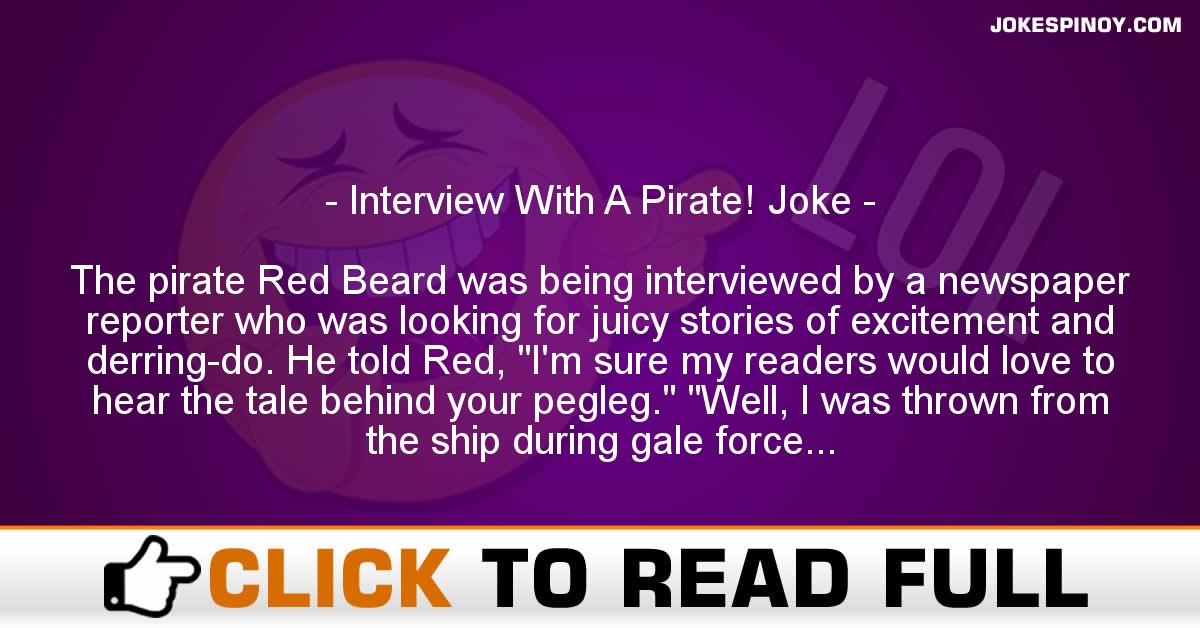 The pirate Red Beard was being interviewed by a newspaper reporter who was looking for juicy stories of excitement and derring-do. He told Red, “I’m sure my readers would love to hear the tale behind your pegleg.” “Well, I was thrown from the ship during gale force winds, and before me mate could throw me a line, a shark bit me leg clean off!” The interviewer was sort of disappointed. “What about the hook at the end of your right arm?” “I lost it in a sword fight with the Captain of the Guard!” Again the reporter was disappointed. “Certainly there’s an exciting story about the patch on your eye?” “One day, I was out on deck, and a bird flew over and pooped in me eye!” The reporter was amazed. “That’s why you wear a patch?” “Well, I’d only had me hook a couple of days!”