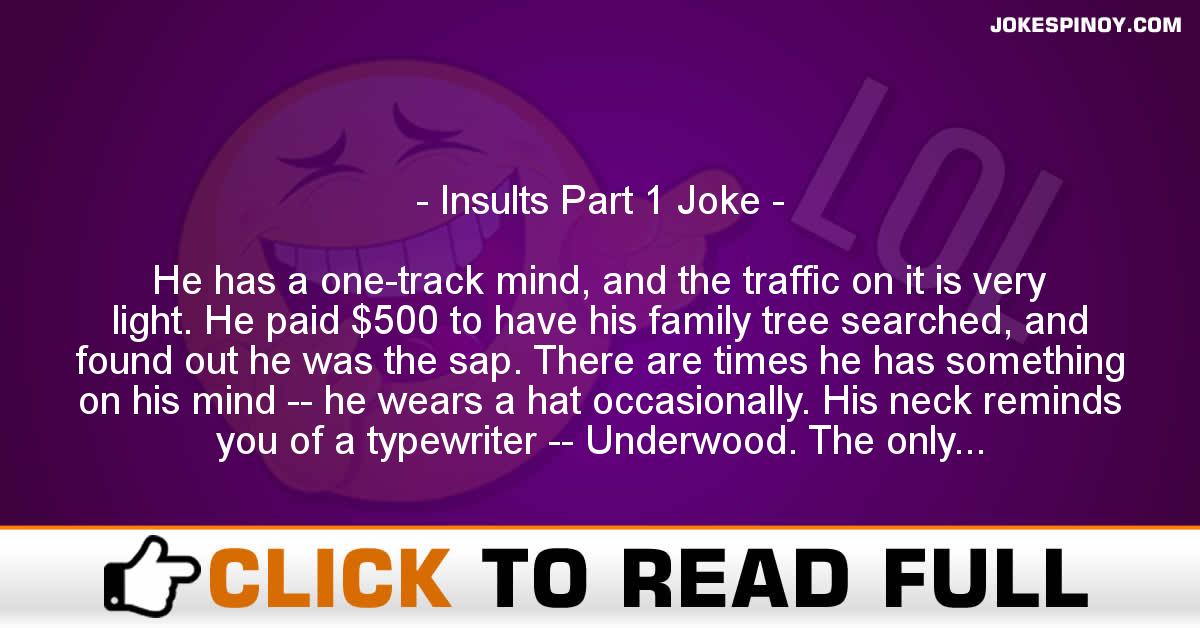 He has a one-track mind, and the traffic on it is very light. He paid $500 to have his family tree searched, and found out he was the sap. There are times he has something on his mind — he wears a hat occasionally. His neck reminds you of a typewriter — Underwood. The only time he thinks is in a poolroom, where he can rack his brains. If you want the real dope about anything, go to the real dope — HIM! He bought a topless bathing suit for his half-sister. A traffic judge asked him, “Have you ever been up before me?” And he said, “I don’t know, what time do you get up?” Once he saw an old woman fall down, but didn’t help her up. His mother warned him against having anything to do with fallen women. He’s never bought Christmas seals –says he wouldn’t know what to feed them. He carried a double-barreled gun to the ball game, because he heard the Lions were playing the Tigers. He called it quits when his fourth child was born, because he read that every fifth child born is Chinese! He won’t let his daughter go to college because he heard that the students have to show their professors their thesis. The first time he heard about the Boston Tea Party, he asked who the caterer was. When a beggar asked him, “Do you have a quarter for a sandwich?” he said “Let’s see the sandwich.”