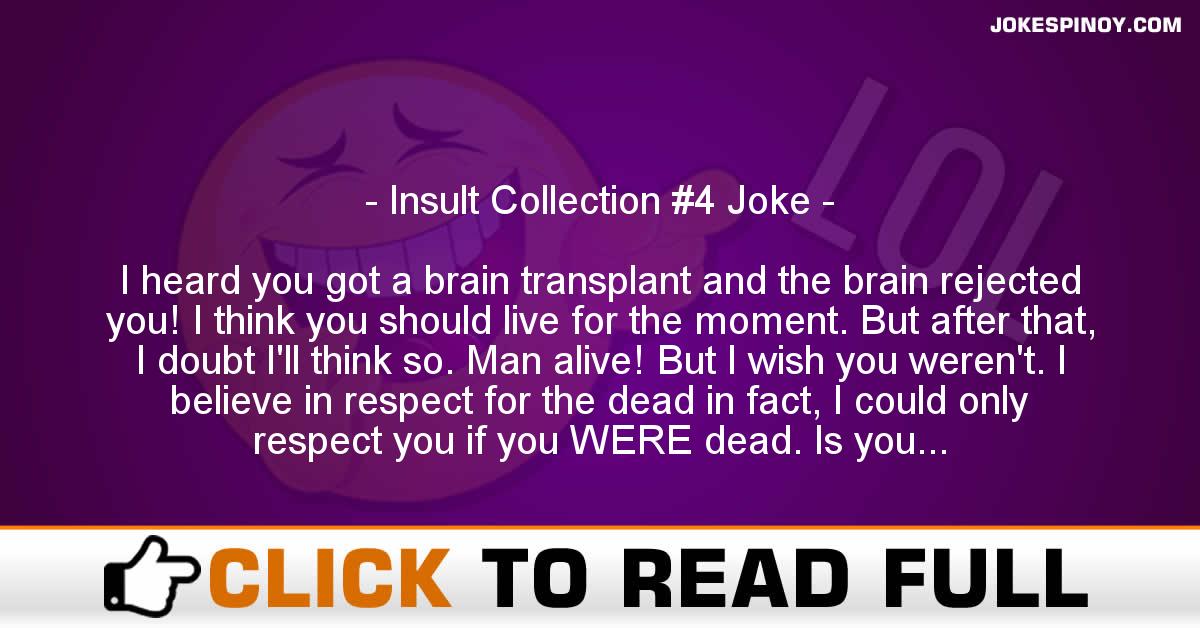 I heard you got a brain transplant and the brain rejected you! I think you should live for the moment. But after that, I doubt I’ll think so. Man alive! But I wish you weren’t. I believe in respect for the dead in fact, I could only respect you if you WERE dead. Is your name Maple Syrup? It should be, you sap. You spent so much time trying to get rid of that halitosis that you had only to find out that you are not popular anyway. You are the kind of person who, when one first meets you, one doesn’t like you. But when one gets to know you better, one hates you. We know that romance brings out the beast in you — the jackass. I’m looking forward to the pleasure of your company since I haven’t had it yet. There are several people in this world that I find obnoxious and you are all of them. All of your girlfriends kiss you with their eyes closed. Considering your face, that’s the only way they could. I hear that when your mother first saw you, she decided to leave you on the front steps of a police station while she turned herself in.