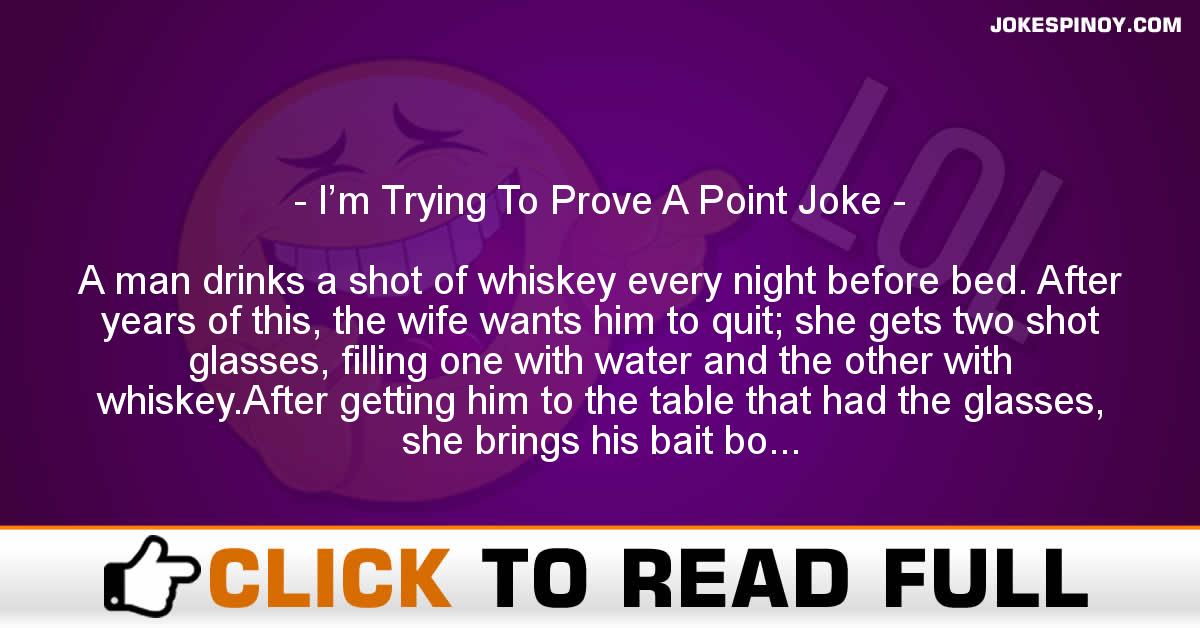 A man drinks a shot of whiskey every night before bed. After years of this, the wife wants him to quit; she gets two shot gla*ses, filling one with water and the other with whiskey.After getting him to the table that had the gla*ses, she brings his bait box. She says “I want you to see this.” She puts a worm in the water it, and it swims around.She puts a worm in the whiskey, and the worm dies immediately. She then says, feeling that she has made her point clear, “what do you have to say about this experiment?”He responds by saying: “If I drink whiskey, I won’t get worms!”