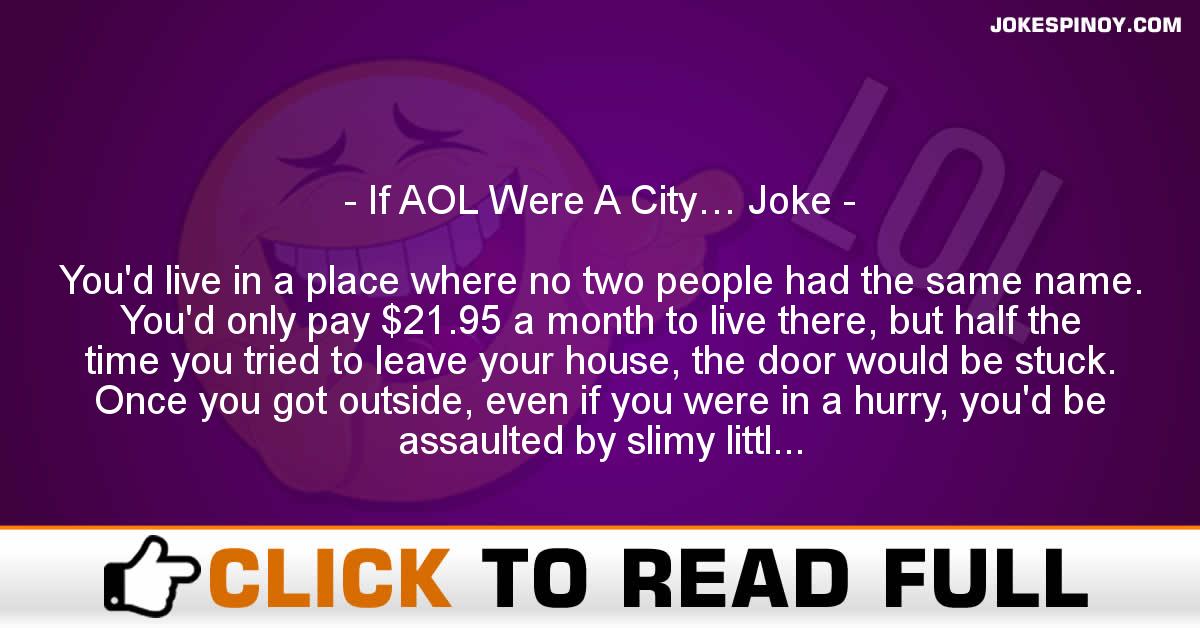 You’d live in a place where no two people had the same name. You’d only pay $21.95 a month to live there, but half the time you tried to leave your house, the door would be stuck. Once you got outside, even if you were in a hurry, you’d be a*saulted by slimy little door-to-door sales creeps offering you great AOL 14.4 modems for only $399.99. The commute to work is just a double-click away, but every time you try to leave your driveway, the flow of traffic knocks you back into your yard. The local post office would tell your mother you’re not a known resident. The local post office won’t forward your mail to you when you move. If you saw a crime and called 911, they’d reply a week later with a form letter saying how you “really are important to us.” Every time you went shopping, you’d be kicked out of the store by a bouncer screaming, “WE’RE SORRY, THIS STORE IS TEMPORARILY UNAVAILABLE.” Whenever you traveled to other cities, people would see your license tag and laugh at you, behind your back. You’d occasionally be sent home during your day by another bouncer telling you that the city has performed an illegal operation. You’d not have any idea who your neighbors are, and most new arrivals would move in at night, stuff everyone’s mailbox with garbage, and vacate before sun-up. The administration would build a huge, state of the art park, and allow the kids to play there free, then suddenly start demanding money.