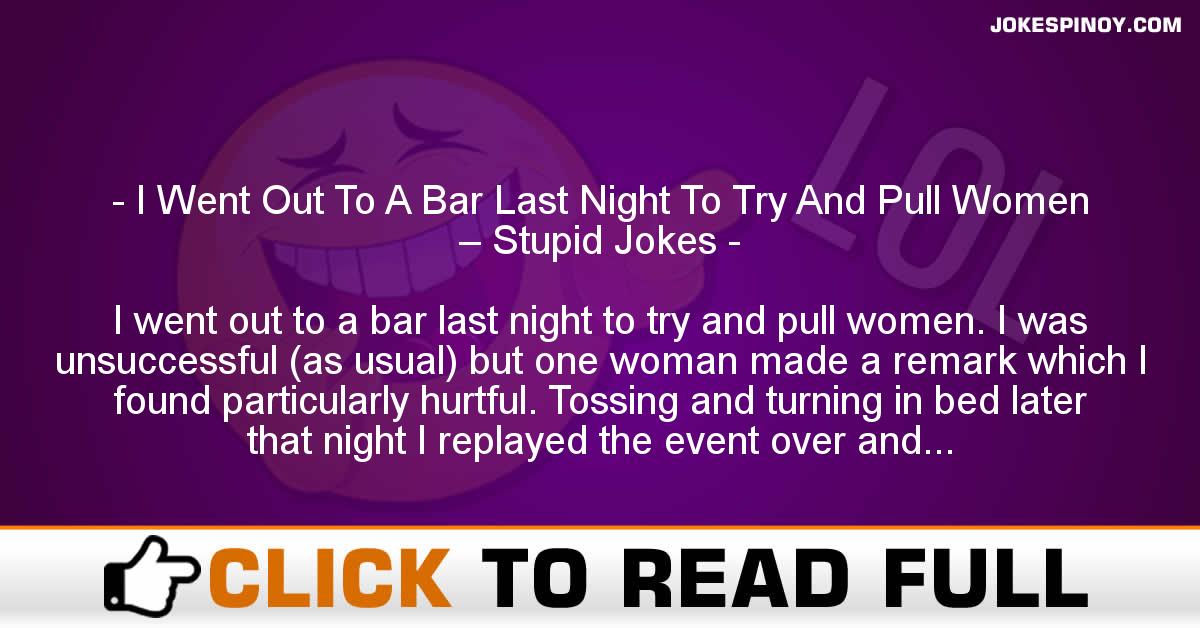 I went out to a bar last night to try and pull women. I was unsuccessful (as usual) but one woman made a remark which I found particularly hurtful. Tossing and turning in bed later that night I replayed the event over and over again in my mind.
Five hours later I had come up with the perfect comeback, so I posted a joke on sickipedia about wiping the smug look off her face.