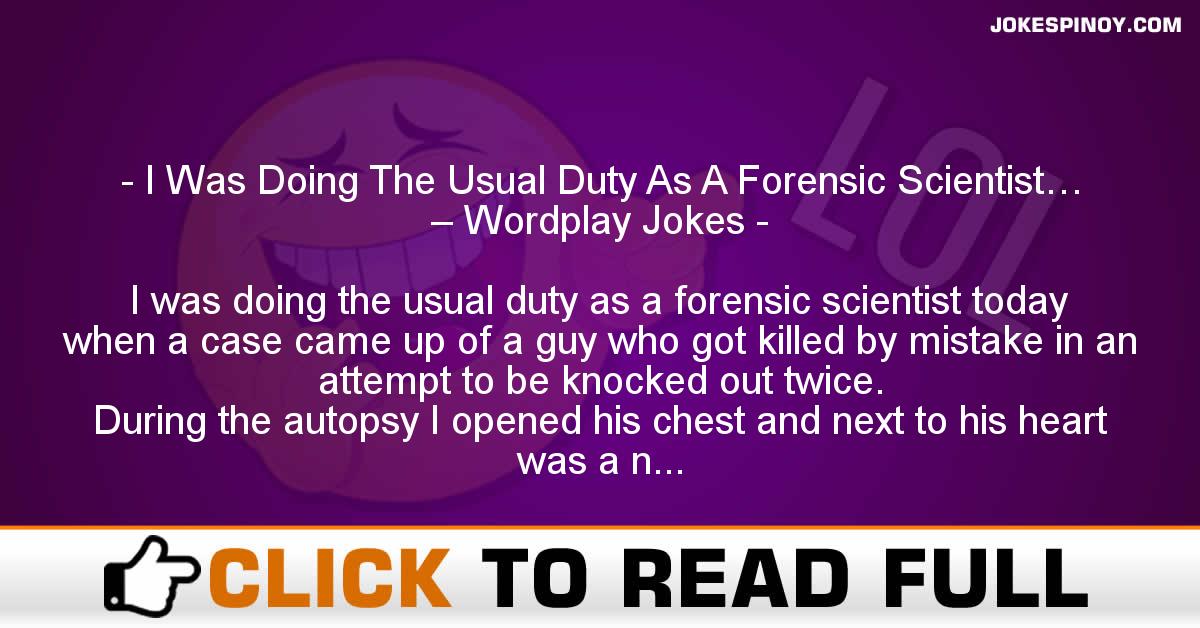 I was doing the usual duty as a forensic scientist today when a case came up of a guy who got killed by mistake in an attempt to be knocked out twice.
During the autopsy I opened his chest and next to his heart was a note saying “whose there!!!??”
Everyone else in the room laughed, apparently it was an inside joke….