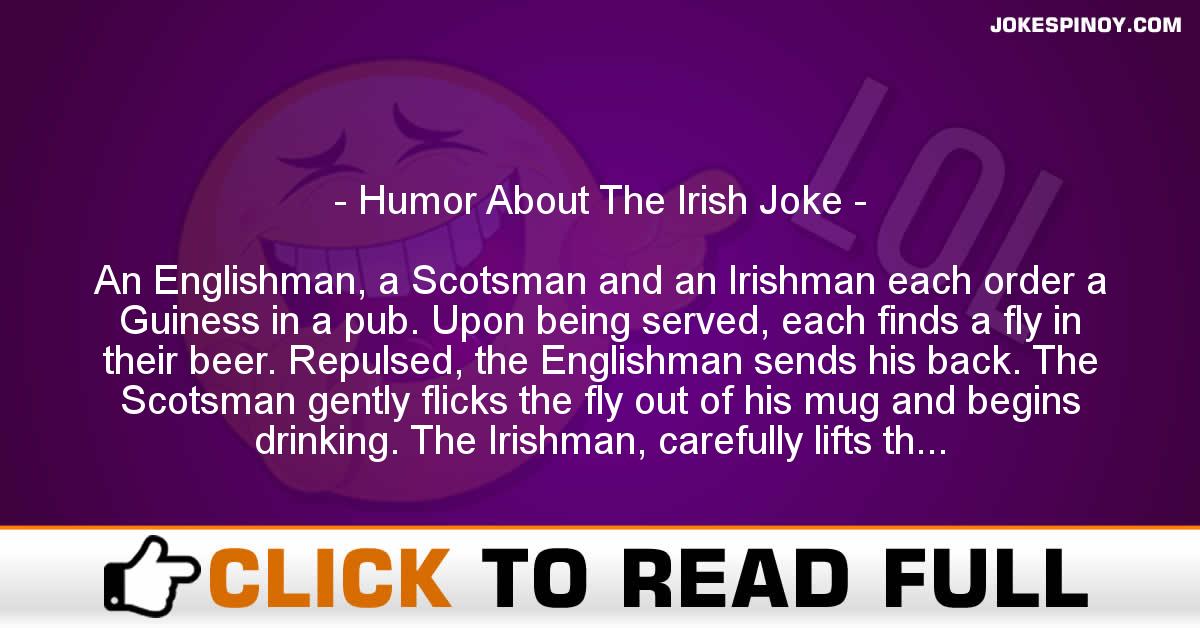 An Englishman, a Scotsman and an Irishman each order a Guiness in a pub. Upon being served, each finds a fly in their beer. Repulsed, the Englishman sends his back. The Scotsman gently flicks the fly out of his mug and begins drinking. The Irishman, carefully lifts the fly up by its wings and screams, “Spit it out! Spit it out!”An Irishman walks into a bar and orders three gla*ses of Guiness, drinking them one at a time. Noticing this odd ritual, the bartender explains that the beer goes flat when poured and informs the man his beer would be much fresher if he ordered one gla*s at a time.The Irishman explains he began this custom with his two brothers, who have moved to America and Australia, respectively. This is their way of remembering all the time they spent drinking together.The man becomes a regular at the pub, well-known for always ordering three beers at once. One day he walks in and orders only two beers. A*suming the worst, a hush falls among other patrons.When the Irishman returns to the bar to order his second round, the bartender quietly offers his condolences. The man looks confused for a moment, and then explains, “No, everyone’s fine. I gave up beer for lent.”