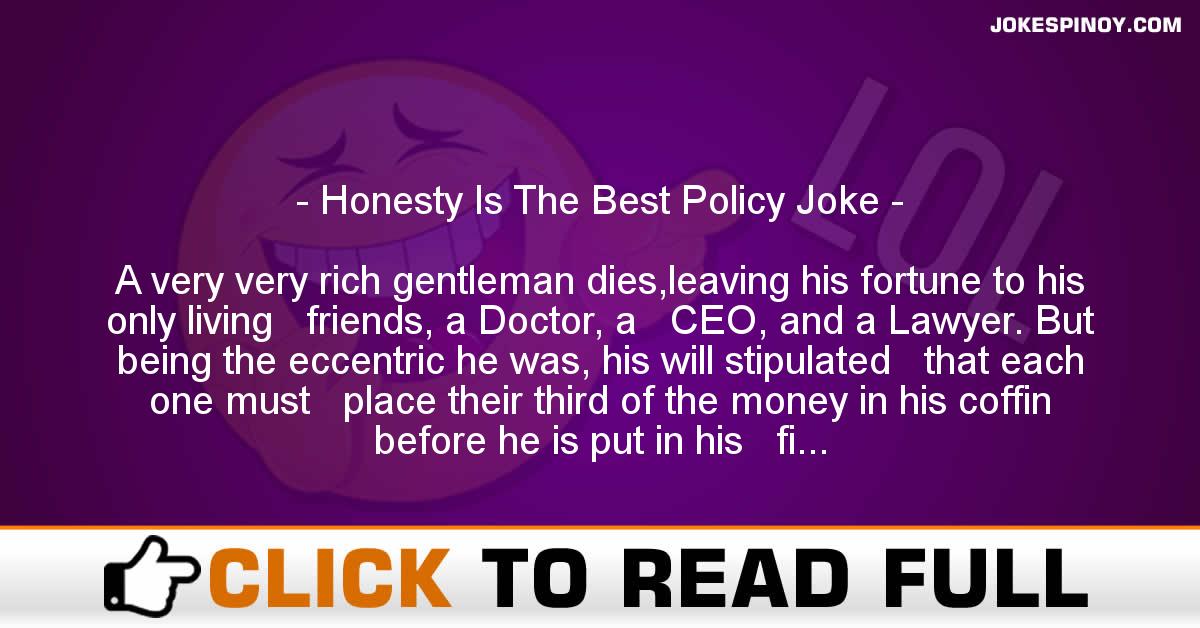 A very very rich gentleman dies,leaving his fortune to his only living friends, a Doctor, a CEO, and a Lawyer. But being the eccentric he was, his will stipulated that each one must place their third of the money in his coffin before he is put in his final resting place. The funeral comes and goes. Over a year later the three friends are talking over lunch and the topic of the old man and his strange ways comes into the conversation. The Doctor finally says “I have to be honest, I didn’t place ALL of the money into his coffin, I kept five million”. Then the CEO states “Well, I have to admit that I too kept some of the cash. Ten million to be exact”. The Lawyer glares at the two and says “I am ASHAMED of you two, I wrote a check for the FULL amount!”