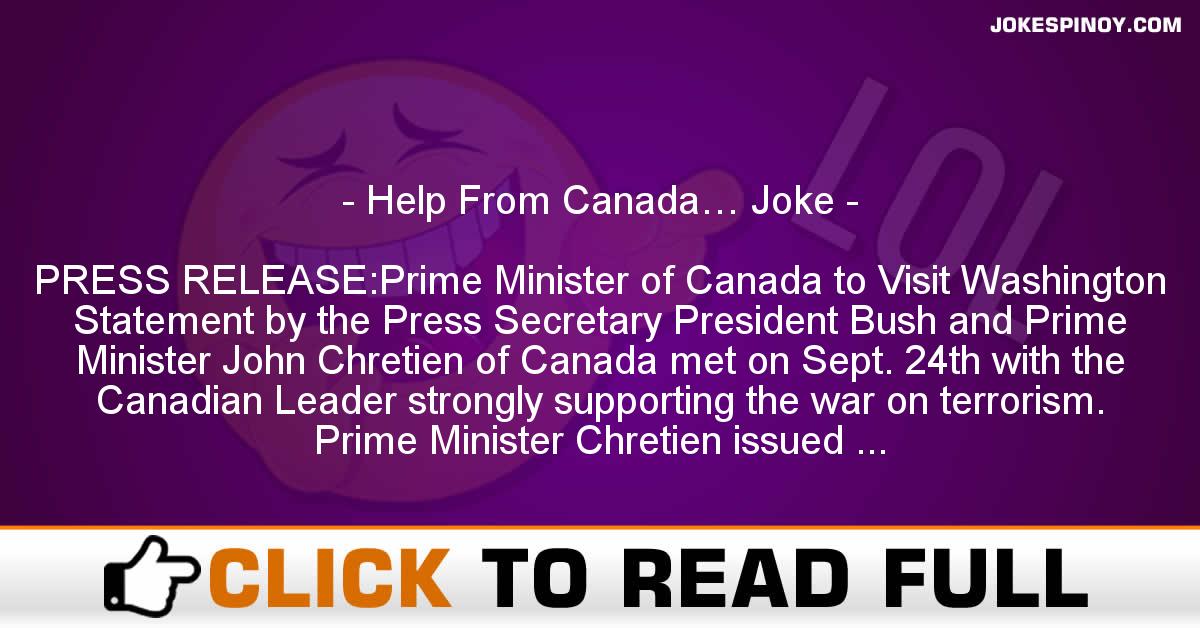 PRESS RELEASE:Prime Minister of Canada to Visit Washington Statement by the Press Secretary President Bush and Prime Minister John Chretien of Canada met on Sept. 24th with the Canadian Leader strongly supporting the war on terrorism. Prime Minister Chretien issued the following statement:CANADIANS WILL HELP AMERICA WITH THE WAR ON TERRORISM!WE HAVE PLEDGED:- 2 BATTLE SHIPS,- 600 GROUND TROOPS,- 6 FIGHTER JETS.AFTER THE AMERICAN EXCHANGE RATE, THEY WILL END UP WITH:- 2 CANOES,- 6 MOUNTIES,- AND A BUNCH OF FLYING SQUIRRELS