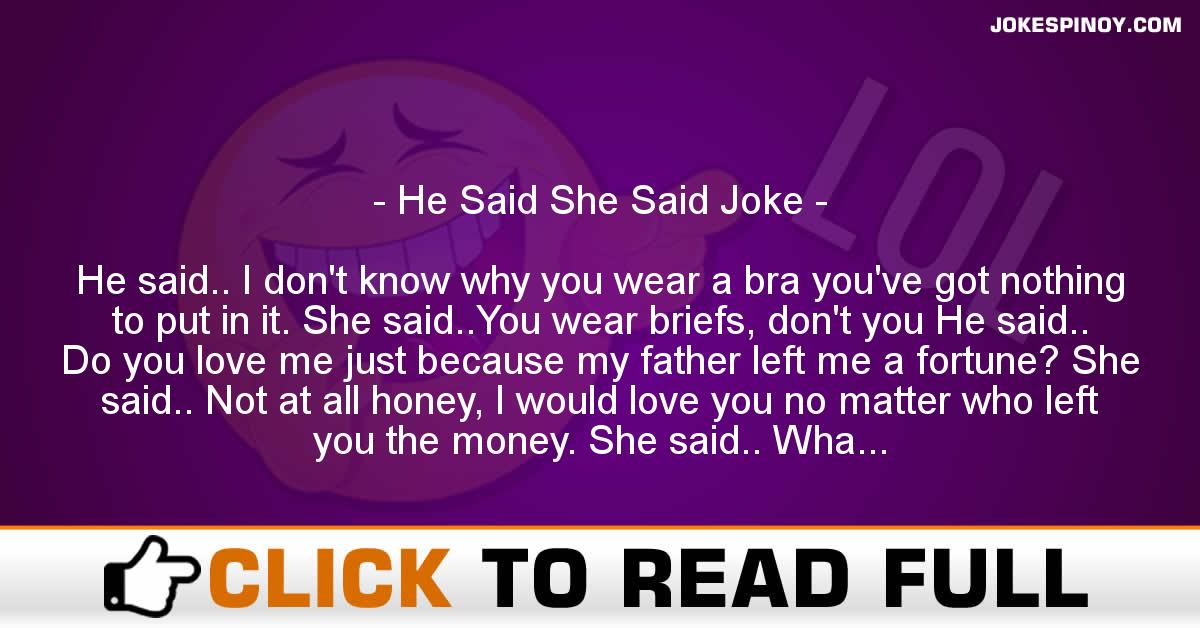 He said.. I don’t know why you wear a bra you’ve got nothing to put in it. She said..You wear briefs, don’t you He said.. Do you love me just because my father left me a fortune? She said.. Not at all honey, I would love you no matter who left you the money. She said.. What do you mean by coming home half drunk? He said.. It’s not my fault.. I ran out of money. He said.. Since I first laid eyes on you, I’ve wanted to make love to you in the worst way. She said.. Well, you succeeded. He said.. What have you been doing with all the grocery money I gave you She said.. Turn sideways and look in the mirror. He said.. Let’s go out and have some fun tonight. She said.. Okay, but if you get home before I do, leave the hallway light on. He said.. Why don’t you tell me when you have an orgasm? She said.. I would, but you’re never there. He said.. Shall we try a different position tonight? She said.. That’s a good idea, you stand by the ironing board while I sit on the sofa and fart.