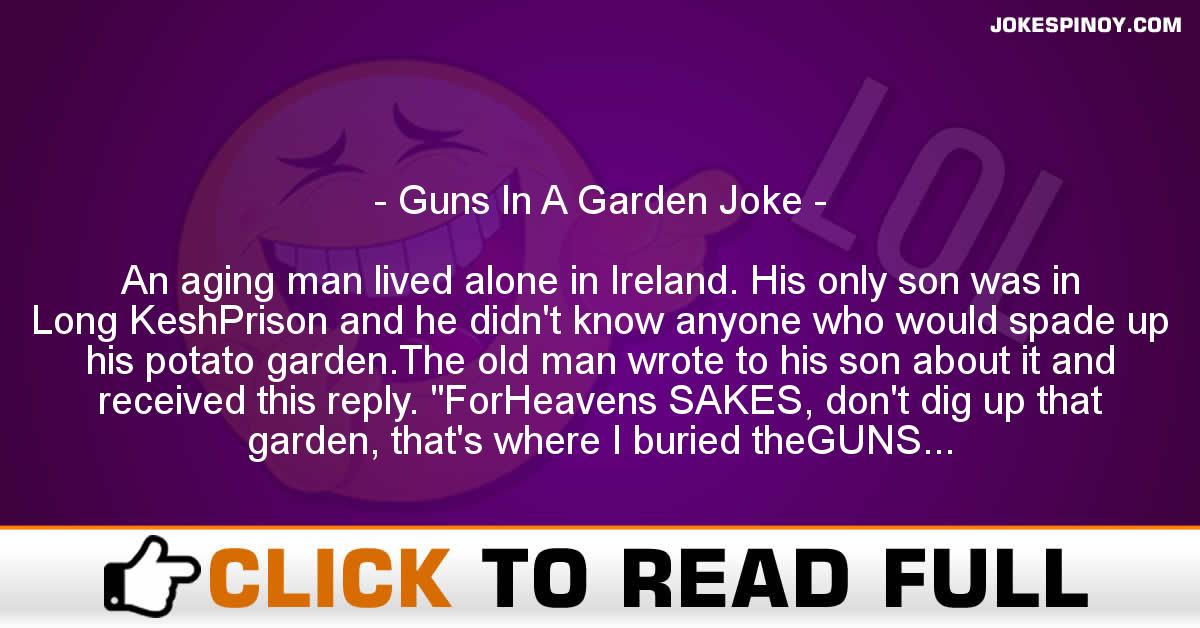 An aging man lived alone in Ireland. His only son was in Long KeshPrison and he didn’t know anyone who would spade up his potato garden.The old man wrote to his son about it and received this reply. “ForHeavens SAKES, don’t dig up that garden, that’s where I buried theGUNS!!!At 4 A.M. the next morning a dozen British soldiers showed up and dug upthe entire garden, but didn’t find any guns. Confused the man wrote tohis son telling him what happened and asking him what to do next. Hisson’s reply was: “Just plant your potatoes.”