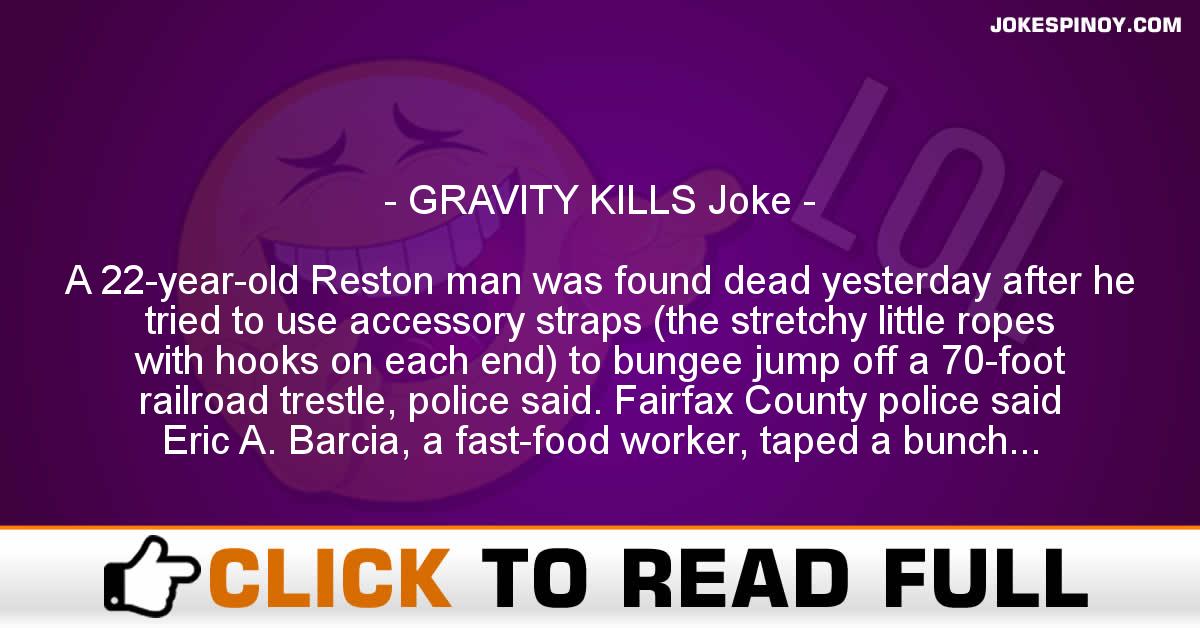 A 22-year-old Reston man was found dead yesterday after he tried to use accessory straps (the stretchy little ropes with hooks on each end) to bungee jump off a 70-foot railroad trestle, police said. Fairfax County police said Eric A. Barcia, a fast-food worker, taped a bunch of these straps together, wrapped an end around one foot, anchored the other end to the trestle at Lake Accotink Park, jumped … and hit the pavement. Warren Carmichael, a police spokesman, said investigators think Barcia was alone because his car was found nearby. “The length of the cord that he had assembled was greater than the distance between the trestle and the ground.” Police say the apparent cause of death was “major trauma”. An autopsy is scheduled for later in the week.