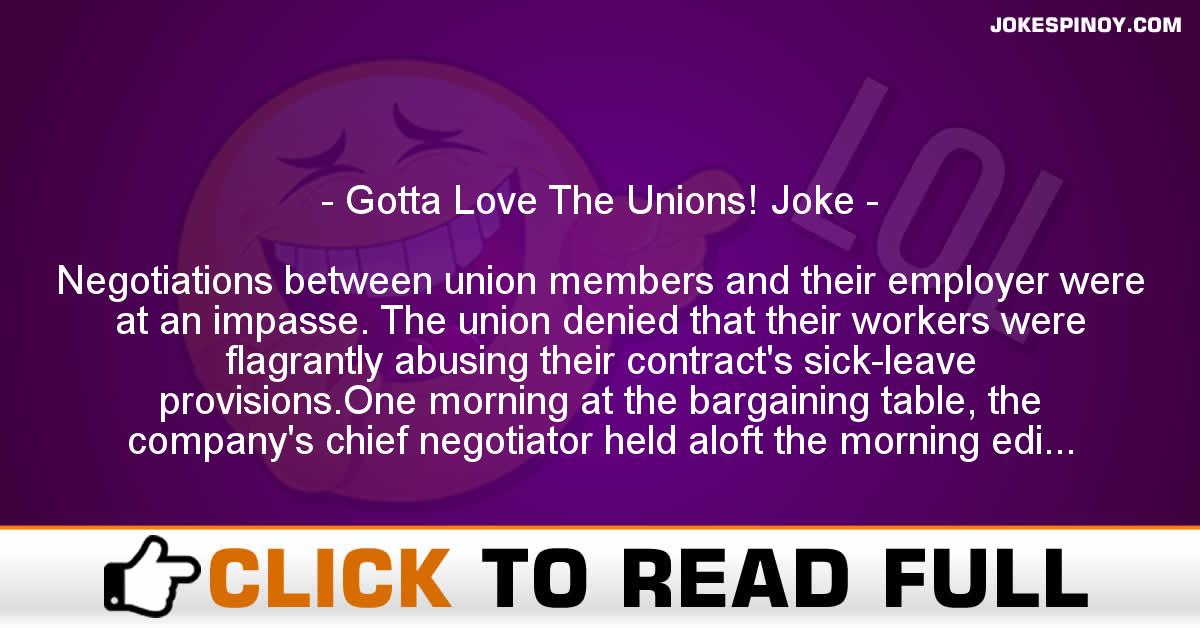 Negotiations between union members and their employer were at an impa*se. The union denied that their workers were flagrantly abusing their contract’s sick-leave provisions.One morning at the bargaining table, the company’s chief negotiator held aloft the morning edition of the newspaper, “This man,” he announced, “called in sick yesterday!”There on the sports page, was a photo of the supposedly ill employee, who had just won a local golf tournament with an excellent score.The silence in the room was broken by a union negotiator.”Wow,” he said. “Just think of what kind of score he could have had if he hadn’t been sick!”