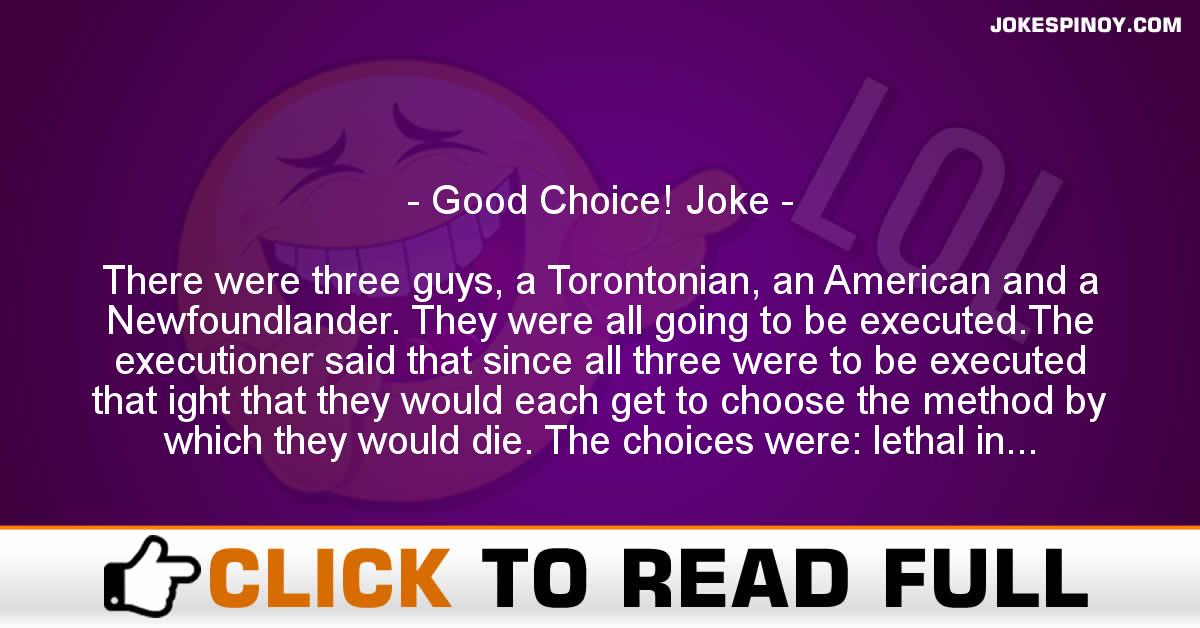 There were three guys, a Torontonian, an American and a Newfoundlander. They were all going to be executed.The executioner said that since all three were to be executed that ight that they would each get to choose the method by which they would die. The choices were: lethal injection, electric chair or by hanging.The American was afraid of needles and didn’t want to be hanged so he chose the electric chair. He sat in the chair and when they pulled the switch and nothing happened. The executioner said that if this happened a second time that he could go free. They tried a second time and again nothing happened so they set him free.The Torontonian was also afraid of needles and didn’t want to be hanged so he too chose the electric chair. Once again, the chair didn’t work and he was free.Next it was the Newfies turn. He said, “I’m afraid of needles and the electric chair won’t work so I pick hanging.”