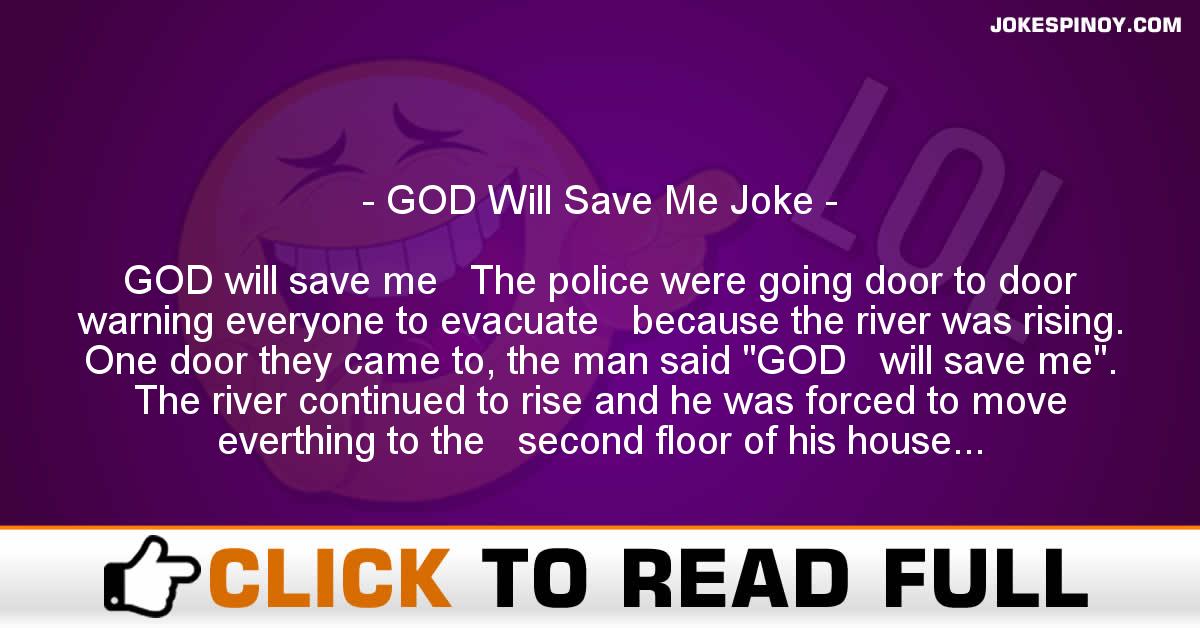 GOD will save me The police were going door to door warning everyone to evacuate because the river was rising. One door they came to, the man said “GOD will save me”. The river continued to rise and he was forced to move everthing to the second floor of his house. A man in a boat came by and offered to save him. Again he said “GOD will save me”. Pretty soon the second story was flooded and he was forced to get on the roof of his house. A helicopter came by and tried to save him and yet again he said “GOD will save me”. It wasn’t long before the house was completely covered and the man died and went to heaven. He confronted God with “Why didn’t you save me, GOD?” And God said ” I sent you the police, a boat and a helicopter. Why did you stay in the house?”