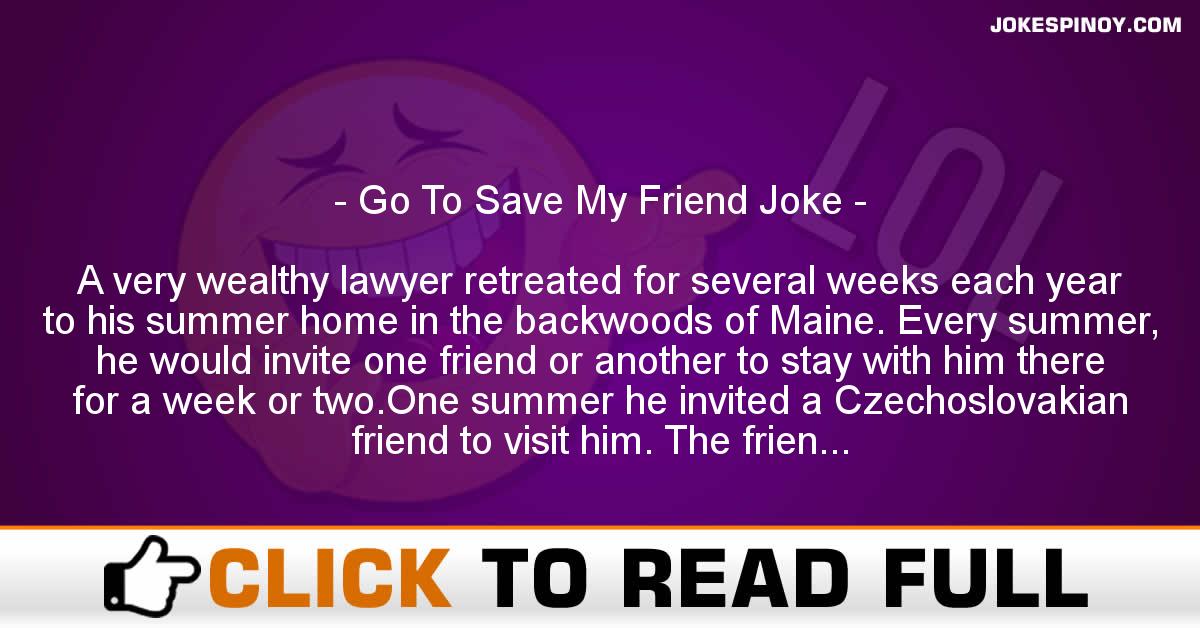 A very wealthy lawyer retreated for several weeks each year to his summer home in the backwoods of Maine. Every summer, he would invite one friend or another to stay with him there for a week or two.One summer he invited a Czechoslovakian friend to visit him. The friend, happy to get anything free from a lawyer, eagerly agreed. When the time came, they spent a wonderful time, getting up early every morning and enjoying the great outdoors.One morning, as the lawyer and his Czechoslovakian friend were picking raspberries and blueberries for their breakfast, they were approached by two huge bears–a male and a female.The lawyer noticed them in time to run for cover. His friend, however, was not so lucky. The male bear reached him and swallowed him whole.Seeing this, the lawyer ran back to his Mercedes and raced for the nearest town to get the local sheriff. The sheriff grabbed his high-powered rifle and raced back to the berry area with the lawyer. All the while, he was plagued by visions of lawsuit from his friend’s family. He just had to save his friend.Luckily, the bears were still there. “He’s in THAT one!” cried the lawyer, pointing to the male.The sheriff looked at the bears, leveled his gun, took careful aim, and shot the female.”What did you do that for?!” exclaimed the lawyer, “I said he was in the other bear!””Exactly,” replied the sheriff. “Would you believe a lawyer who told you that the Czech was in the male?”