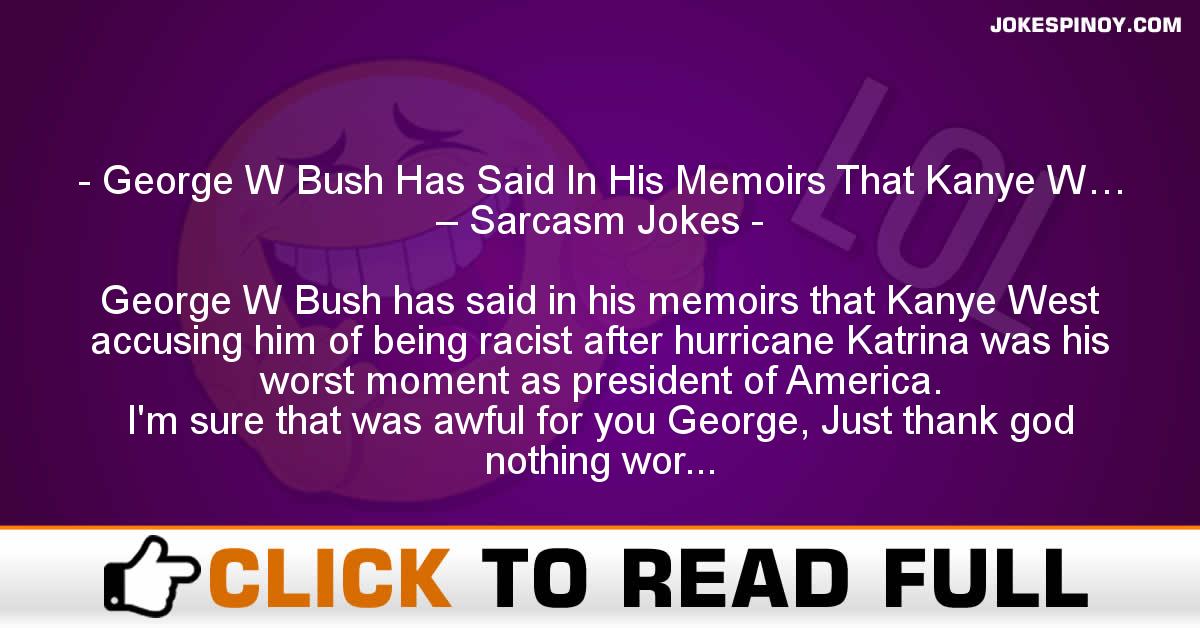 George W Bush has said in his memoirs that Kanye West accusing him of being racist after hurricane Katrina was his worst moment as president of America.
I’m sure that was awful for you George, Just thank god nothing worse than that happened, like for example terrorists flying planes into buildings killing thousands, that would have been awful.