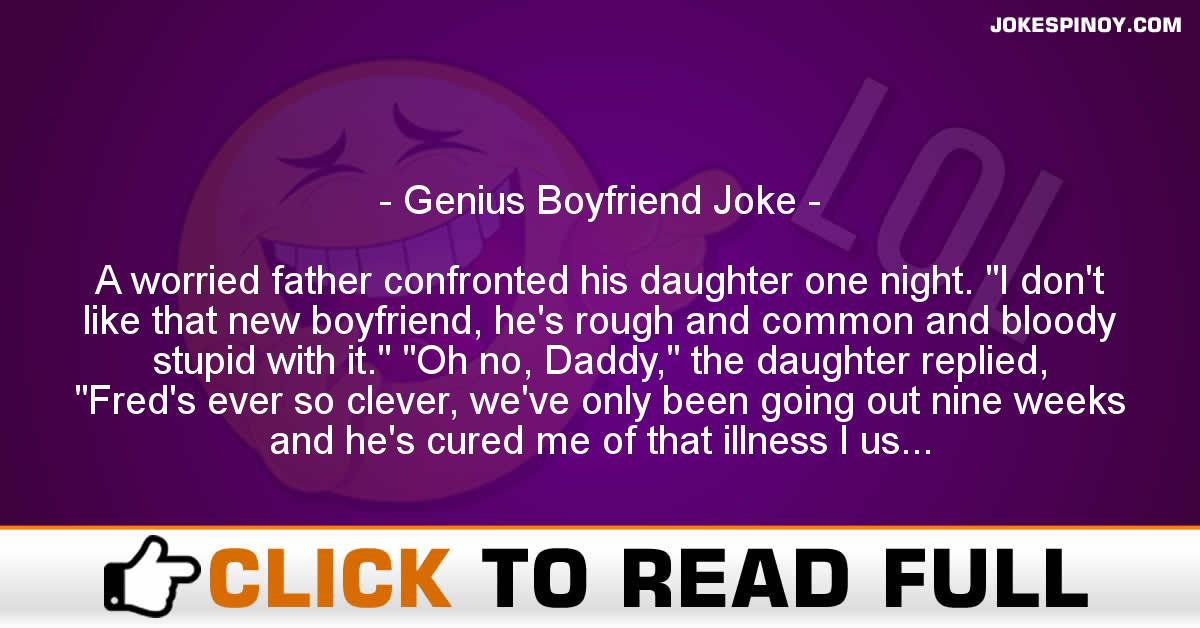 A worried father confronted his daughter one night. “I don’t like that new boyfriend, he’s rough and common and bloody stupid with it.” “Oh no, Daddy,” the daughter replied, “Fred’s ever so clever, we’ve only been going out nine weeks and he’s cured me of that illness I used to get once a month.”