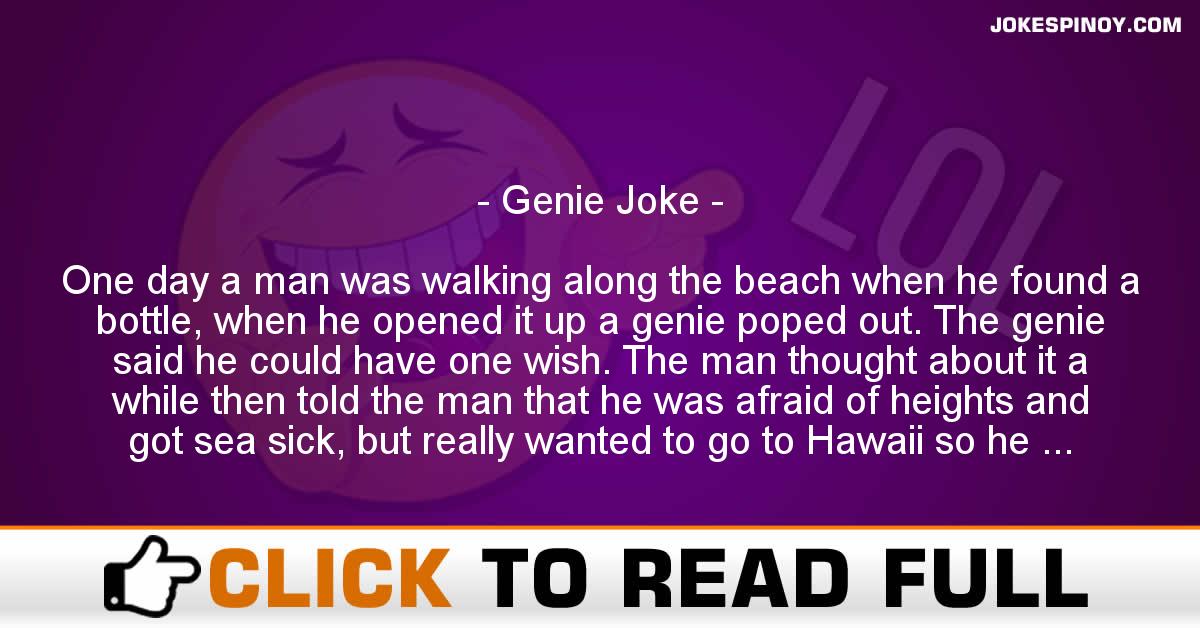 One day a man was walking along the beach when he found a bottle, when he opened it up a genie poped out. The genie said he could have one wish. The man thought about it a while then told the man that he was afraid of heights and got sea sick, but really wanted to go to Hawaii so he asked the genie to make a highway to Hawaii.”I don’t know said the genie”, that is really difficult. Do you have another request?””Well, I really want to know all about women, you know, how they tick and why their the way they are!”The genie replied: “Will that be two lanes or four?”