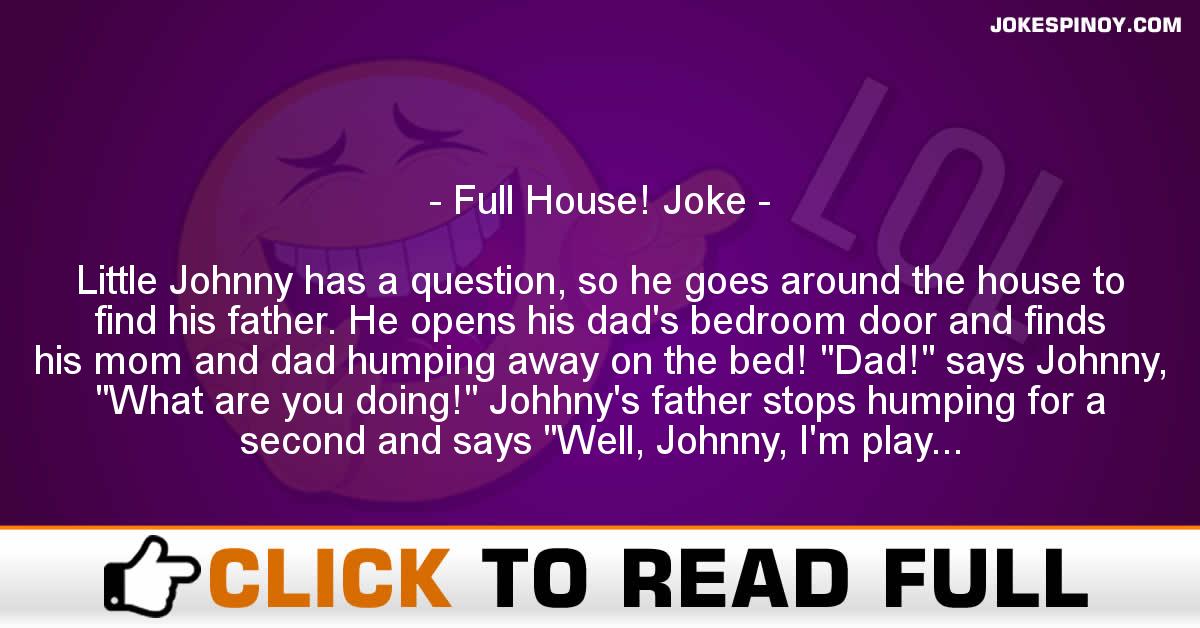 Little Johnny has a question, so he goes around the house to find his father. He opens his dad’s bedroom door and finds his mom and dad humping away on the bed! “Dad!” says Johnny, “What are you doing!” Johhny’s father stops humping for a second and says “Well, Johnny, I’m playing p***r…and your mother’s the wild card”. “Oh,”says Johnny and he leaves the room. Still in need of an answer to his question, Little Johnny set out to look for his big brother, Ernie. He opens his brother’s bedroom door and finds Ernie and his sister Thelma humping away! “Ernie!” cried Johnny, “What are you doing!”. Ernie stops humping for a second and says, “Well…I’m playing p***r, Johnny… and Thelma is the wildcard. “Oh”, says Johnny and he leaves the room. Later, Johnny’s dad approached Johnny’s room to call him to dinner. He opens Johnny’s bedroom door and finds Johnny wacking off like it was going out of style! “Johnny!” his father said, “I see you’re playing p***r, but where’s your wildcard?”Johnny replies, “With a hand like this, who needs a wildcard!”