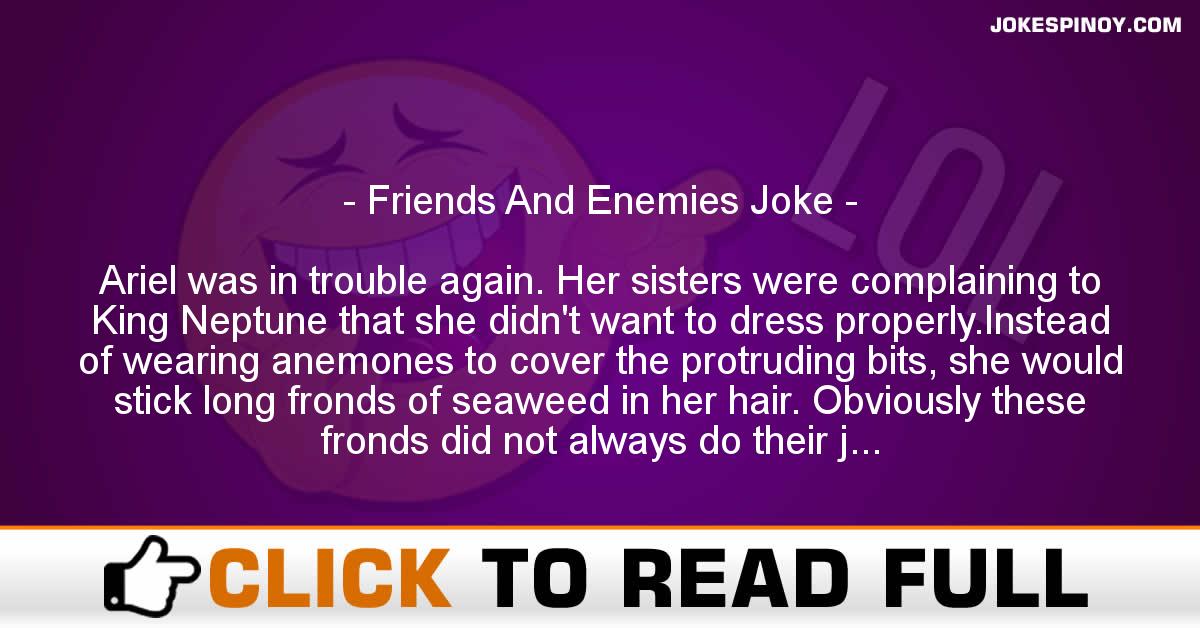 Ariel was in trouble again. Her sisters were complaining to King Neptune that she didn’t want to dress properly.Instead of wearing anemones to cover the protruding bits, she would stick long fronds of seaweed in her hair. Obviously these fronds did not always do their job because they tend to move with the flow, and this really annoyed her sisters.King Neptune, being a strict father, admonished his daughter and insisted she discards the seaweed and wear her anemones like a dutiful daughter should.”But father,” Ariel argued, “with fronds like these, who needs anemones?”

Topic of Interest:    joke with friends like that who needs enemies