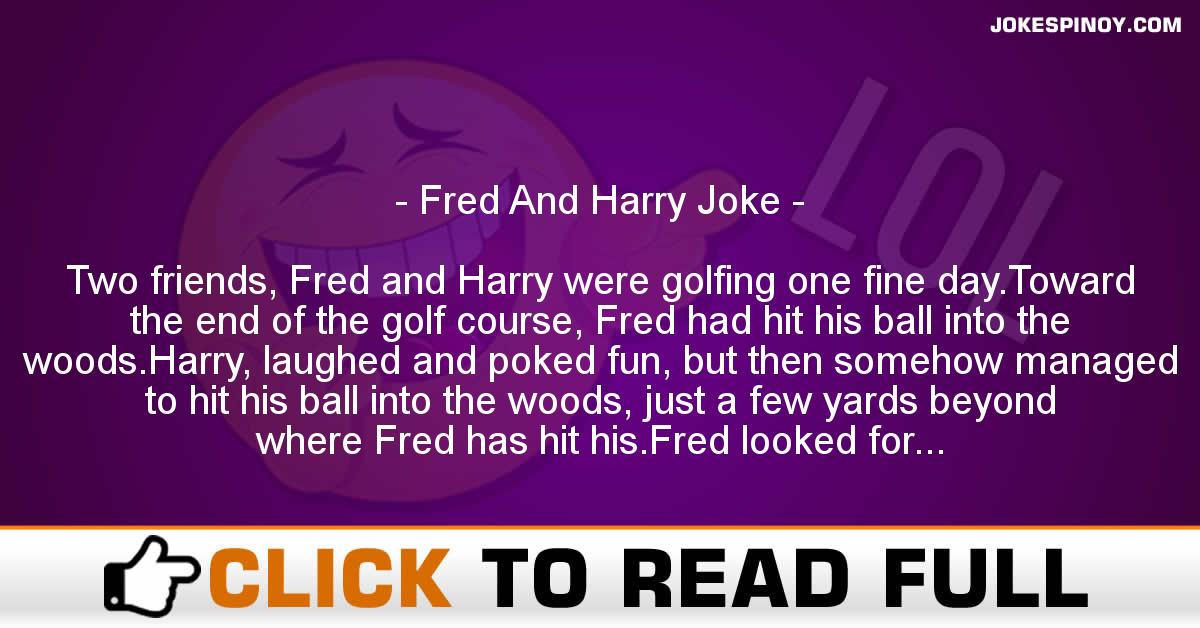 Two friends, Fred and Harry were golfing one fine day.Toward the end of the golf course, Fred had hit his ball into the woods.Harry, laughed and poked fun, but then somehow managed to hit his ball into the woods, just a few yards beyond where Fred has hit his.Fred looked for a long time, getting angrier every minute.Finally, in a patch of pretty yellow buttercups, he found his ball.Instead of just continuing the game, he took his club and thrashed every single buttercup in that patch smashing the weeds to pieces.All of a sudden, in a flash and puff of smoke, a little old woman appeared.She said, “I’m Mother Nature! Do you know how long it took me to make those buttercups?!Just for that, you won’t have any butter for your popcorn the rest of your life… better still; you won’t have any butter for your toast for the rest of your life….. as a matter of fact, you won’t have any butter for anything the rest of your life!”Then POOF!…she was gone.After Fred got a hold of himself, he hollered for his friend, “Harry!….Harry!…where are you?”Harry yells, “I hit my ball in these damn p***ywillows!”Fred screams back…..”DON’T SWING! FOR GOD’S SAKE, DON’T SWING!