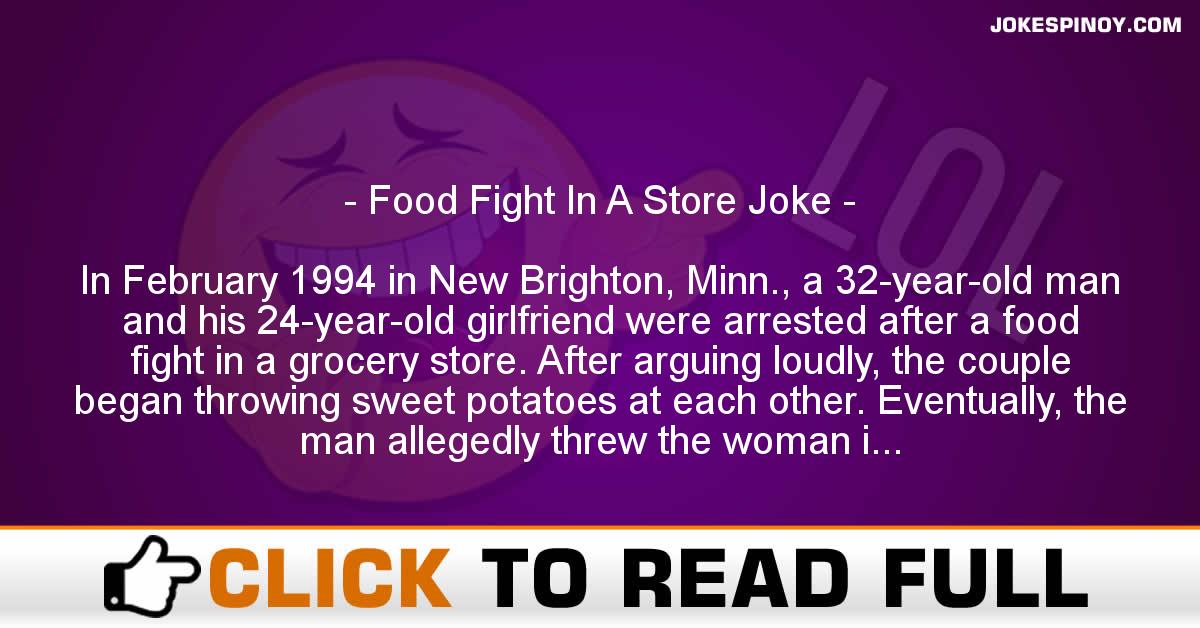 In February 1994 in New Brighton, Minn., a 32-year-old man and his 24-year-old girlfriend were arrested after a food fight in a grocery store. After arguing loudly, the couple began throwing sweet potatoes at each other. Eventually, the man allegedly threw the woman into several vegetable racks, sending the contents spilling to the floor. As both continued to brawl on the floor, she allegedly stuffed lettuce into the man’s mouth.