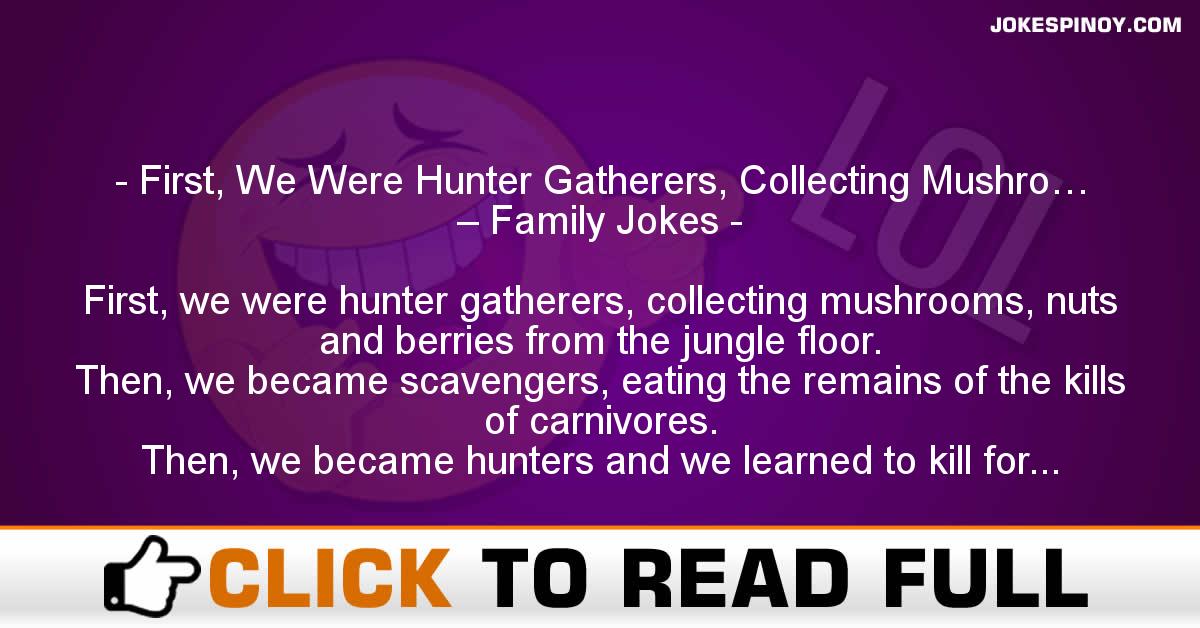 First, we were hunter gatherers, collecting mushrooms, nuts and berries from the jungle floor.
Then, we became scavengers, eating the remains of the kills of carnivores.
Then, we became hunters and we learned to kill for ourselves with primitive bows and spears.
Then we discovered fire and at last we could cook our food.
…And then my parents separated and I was taken into care!