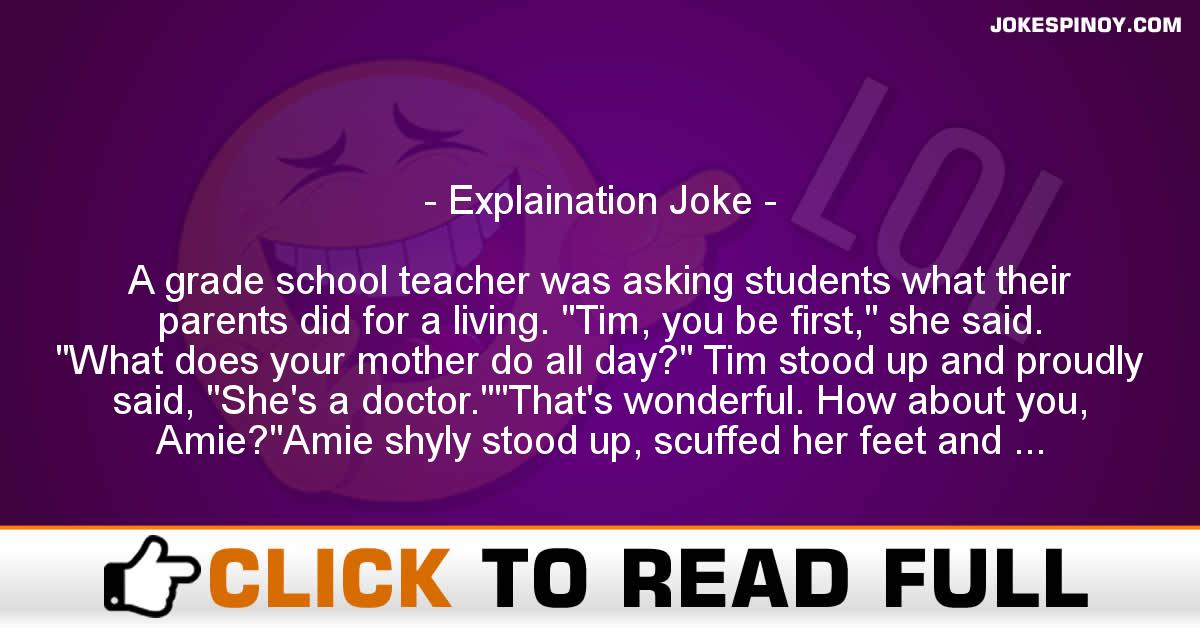 A grade school teacher was asking students what their parents did for a living. “Tim, you be first,” she said. “What does your mother do all day?” Tim stood up and proudly said, “She’s a doctor.””That’s wonderful. How about you, Amie?”Amie shyly stood up, scuffed her feet and said, “My father is a mailman.””Thank you, Amie,” said the teacher. “What about your father, Billy?”Billy proudly stood up and announced, “My daddy plays piano in a whorehouse.”The teacher was aghast and promptly changed the subject to geography. Later that day she went to Billy’s house and rang the bell. Billy’s father answered the door. The teacher explained what his son had said and asked if there might be some logical explanation. Billy’s father said, “I’m actually an attorney. But how can I explain a thing like that to a seven-year-old?”