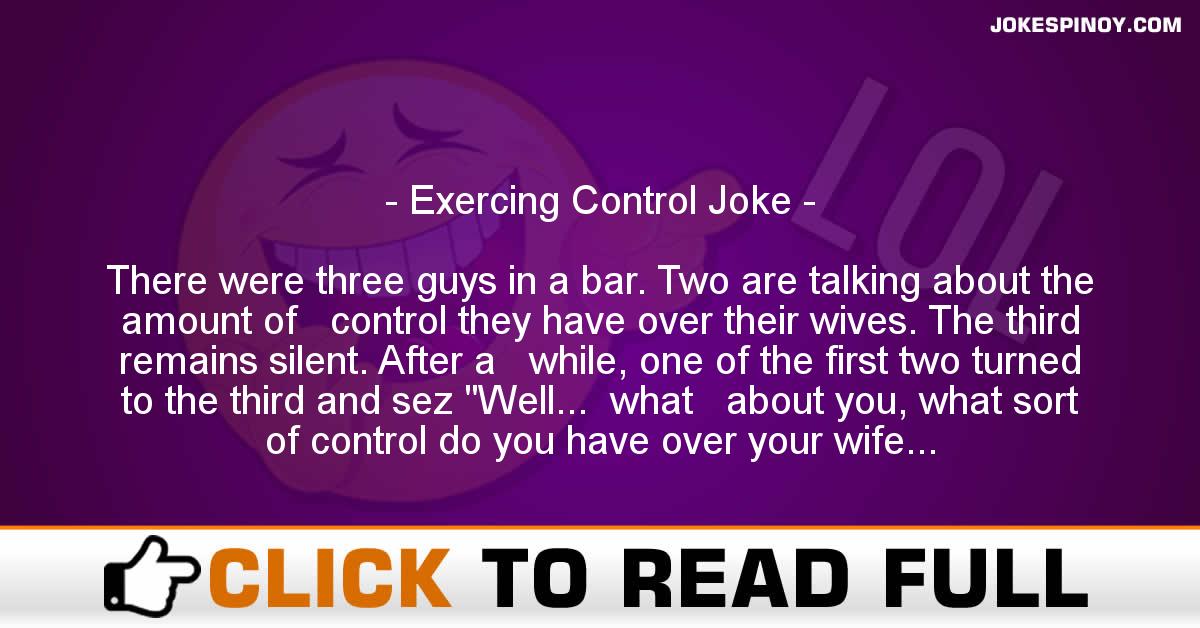 There were three guys in a bar. Two are talking about the amount of control they have over their wives. The third remains silent. After a while, one of the first two turned to the third and sez “Well… what about you, what sort of control do you have over your wife ?” “Well, on our honeymoon, I made damn sure my wife came to me on her hands and knees.” he bragged and took another sip of beer. His friends were amazed ! “What happened then ?” they asked, almost in unison. “Well, then she said, ‘Get the hell out from under that bed and fight like a man !’ ” he admitted.