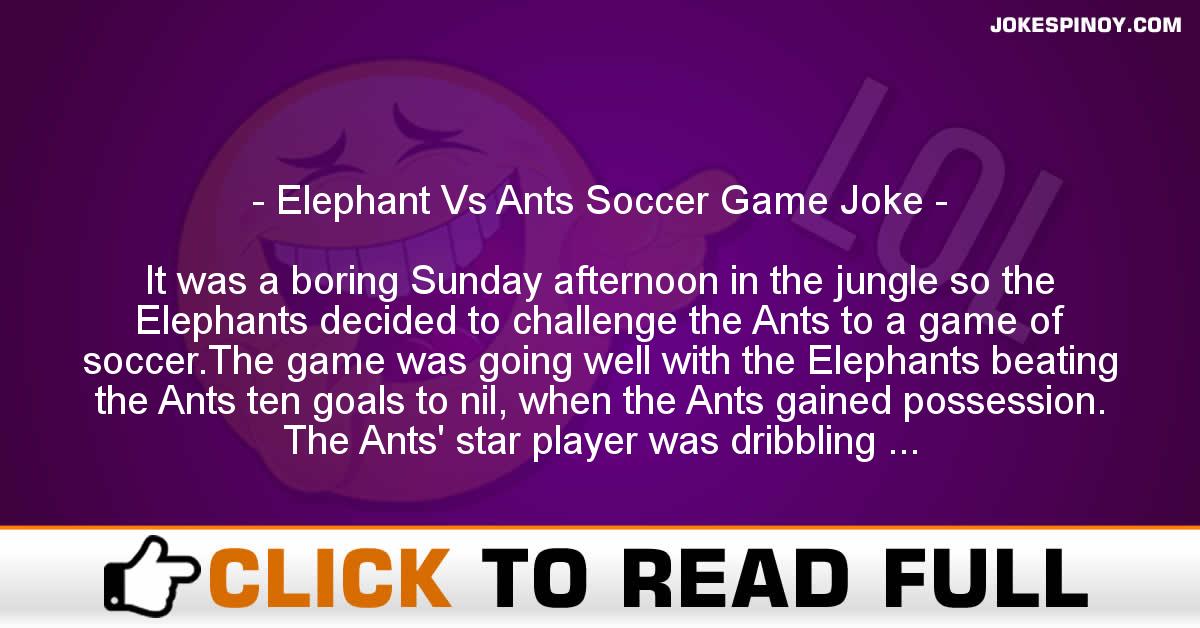 It was a boring Sunday afternoon in the jungle so the Elephants decided to challenge the Ants to a game of soccer.The game was going well with the Elephants beating the Ants ten goals to nil, when the Ants gained possession. The Ants’ star player was dribbling the ball towards the Elephants’ goal when the Elephants’ left back came lumbering towards him. The elephant trod on the little ant, killing him instantly. The referee stopped the game.”What the hell do you think you’re doing? Do you call that sportsmanship, killing another player?”The elephant replied, “Well, I didn’t mean to kill him — I was just trying to trip him up.”