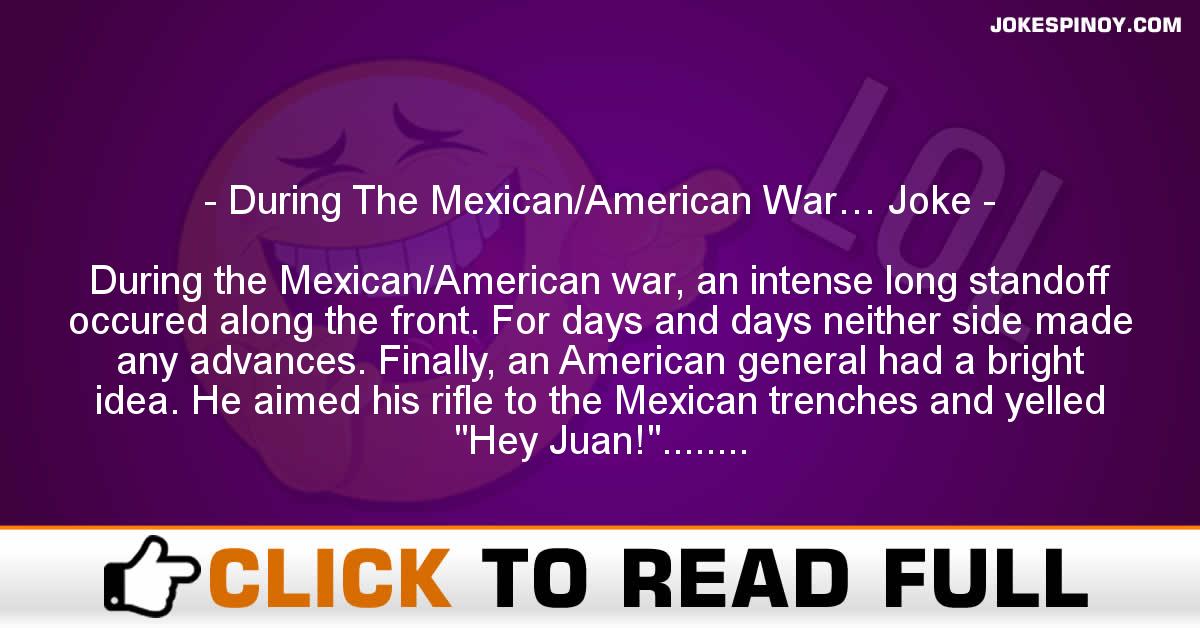 During the Mexican/American war, an intense long standoff occured along the front. For days and days neither side made any advances. Finally, an American general had a bright idea. He aimed his rifle to the Mexican trenches and yelled “Hey Juan!”…..A soldier jumped up and replied “What?” The general shot him dead. This continued for three days. A Mexican general decided that two could play this game and decided to try it out. He called out “Hey John!!” An American replied “John isn’t here……is that you Juan?” The Mexican general stood up, “Yeah?!”…..