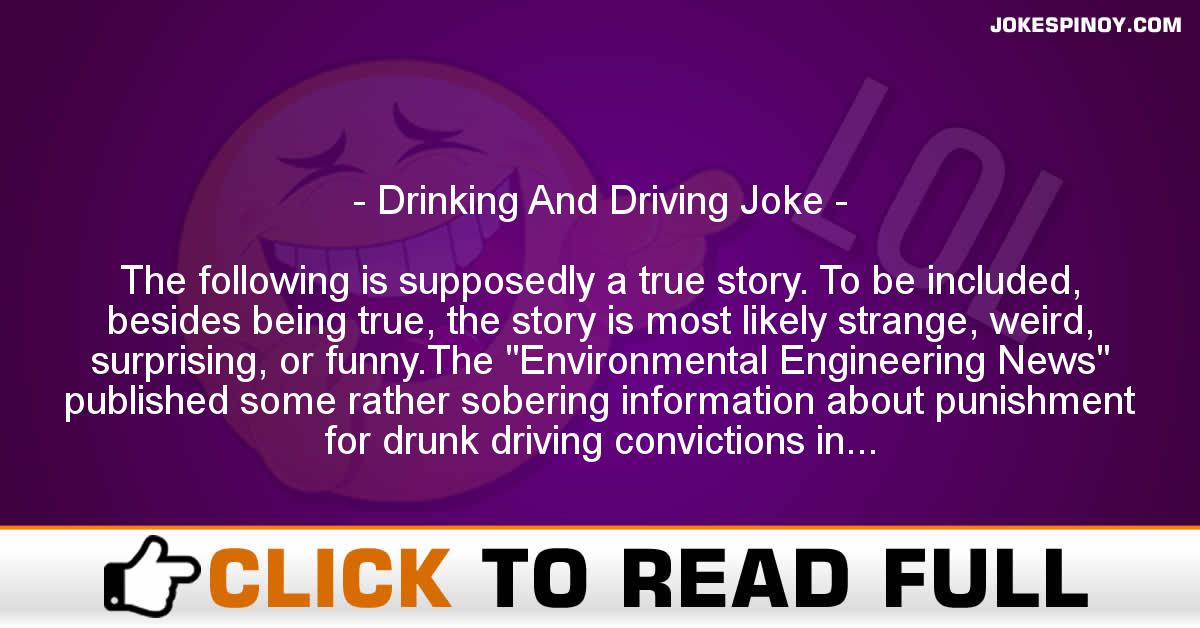 The following is supposedly a true story. To be included, besides being true, the story is most likely strange, weird, surprising, or funny.The “Environmental Engineering News” published some rather sobering information about punishment for drunk driving convictions in other countries.In Australia, the names of drunk drivers are printed in newspapers under the caption, “He’s drunk and in jail.”In Malaysia the driver is jailed and, if married, the spouse is jailed.In the United Kingdom, Finland and Sweden there’s an automatic jail term of one year.In Turkey, drunk drivers are driven twenty miles out of town and forced to walk back ten miles.In Bulgaria, a second drunk-driving conviction results in capital punishment.In El Salvador, your first offense is your last — execution by firing squad.From the August Road & Track.