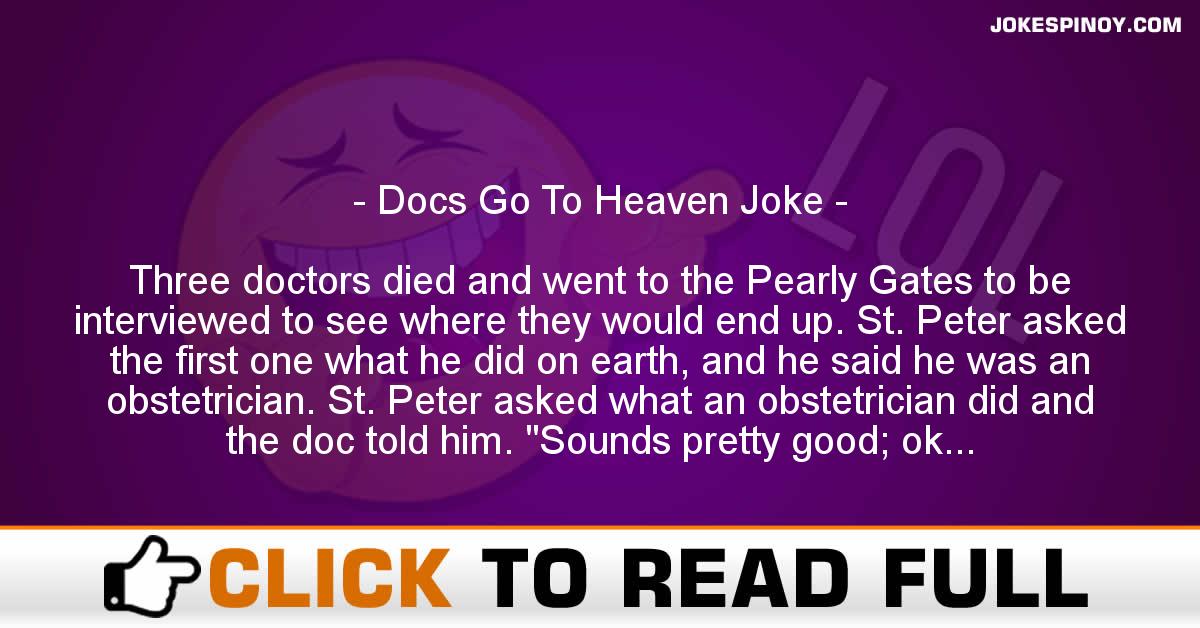 Three doctors died and went to the Pearly Gates to be interviewed to see where they would end up. St. Peter asked the first one what he did on earth, and he said he was an obstetrician. St. Peter asked what an obstetrician did and the doc told him. “Sounds pretty good; okay you can go in to Heaven.”The second doc said he was a pediatrician and had to explain what that involved. St. Peter said, “Sounds very useful, very good–you can go in too.”The third doc said he was the chief man in charge of a whole HMO conglomerate.”Well, what’s that?” asked St. Peter.So the doc told him exactly what that involved.”Sounds very important, very useful. You can go in too.”So the third doc goes in the Gates and starts to walk up the stairs. St. Peter turns and calls after him, “Oh, by the way, you can only stay three days.”