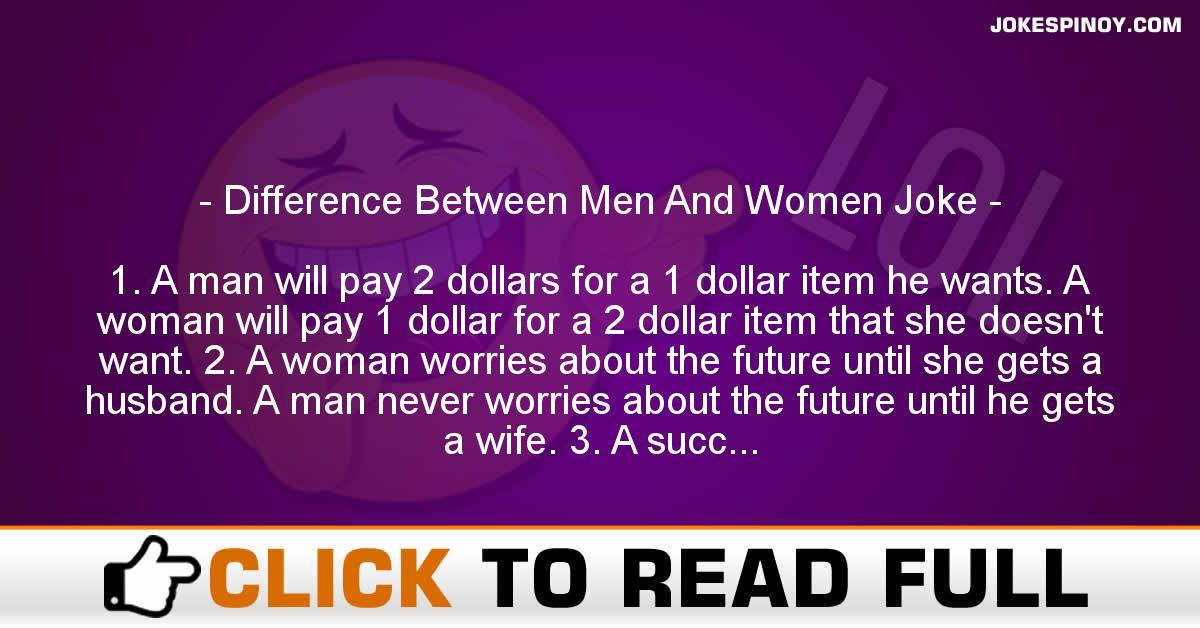 1. A man will pay 2 dollars for a 1 dollar item he wants. A woman will pay 1 dollar for a 2 dollar item that she doesn’t want. 2. A woman worries about the future until she gets a husband. A man never worries about the future until he gets a wife. 3. A successful man is one who makes more money than his wife can spend. A successful woman is one who can find such a man. 4. To be happy with a man you must understand him a lot and love him a little. To be happy with a woman you must love her a lot and not try to understand her at all. 5. Married men live longer than single men but married men are a lot more willing to die. 6. Any married man should forget his mistakes there’s no use in two people remembering the same thing. 7. Men wake up as good looking as they went to bed. Women somehow deteriorate during the night. 8. A woman marries a man expecting he will change, but he doesn’t. A man marries a woman expecting that she won’t change and she does. 9. A woman has the last word in any argument. Anything a man says after that is the beginning of a new argument. 10. There are 2 times when a man doesn’t understand a woman – before marriage and after marriage.

Topic of Interest:    jokes about difference in men and women