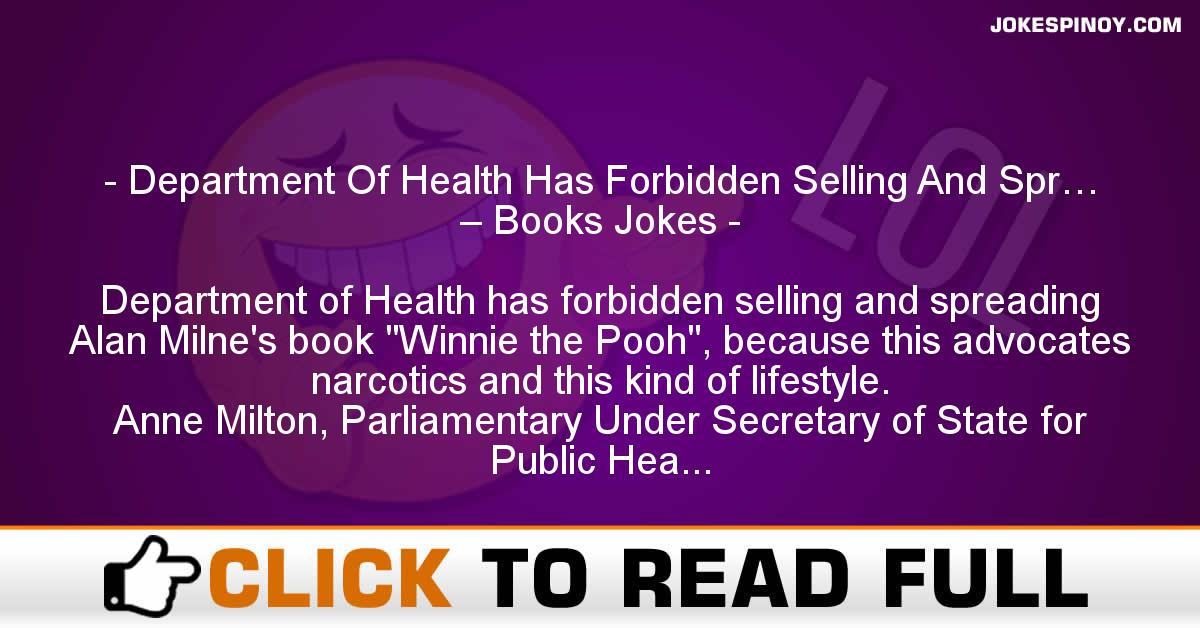 Department of Health has forbidden selling and spreading Alan Milne’s book “Winnie the Pooh”, because this advocates narcotics and this kind of lifestyle.
Anne Milton, Parliamentary Under Secretary of State for Public Health says that every single character in Milne’s book is doing drugs or is under influence of drugs.
1. Eeyore the Donkey doesn’t care about anything, his reactions are slow and he has lack of motivation – clearly he’s doing weed.
2. Piglet is afraid of everything and thinks he’s being followed – fly agaric.
3. Rabbit stucks his nose everywhere and he needs everything – cocaine.
4. Tigger can’t stand still for a second, he’s always jumping around and yelling – ecstasy.
5. Christopher Robbin can speak with animals, which means, he has hallucinogens.
6. Winnie the Pooh loves sweets and has unlimited fantasy – LSD
7. Owl, who always comes to help when needed is clearly the dealer.