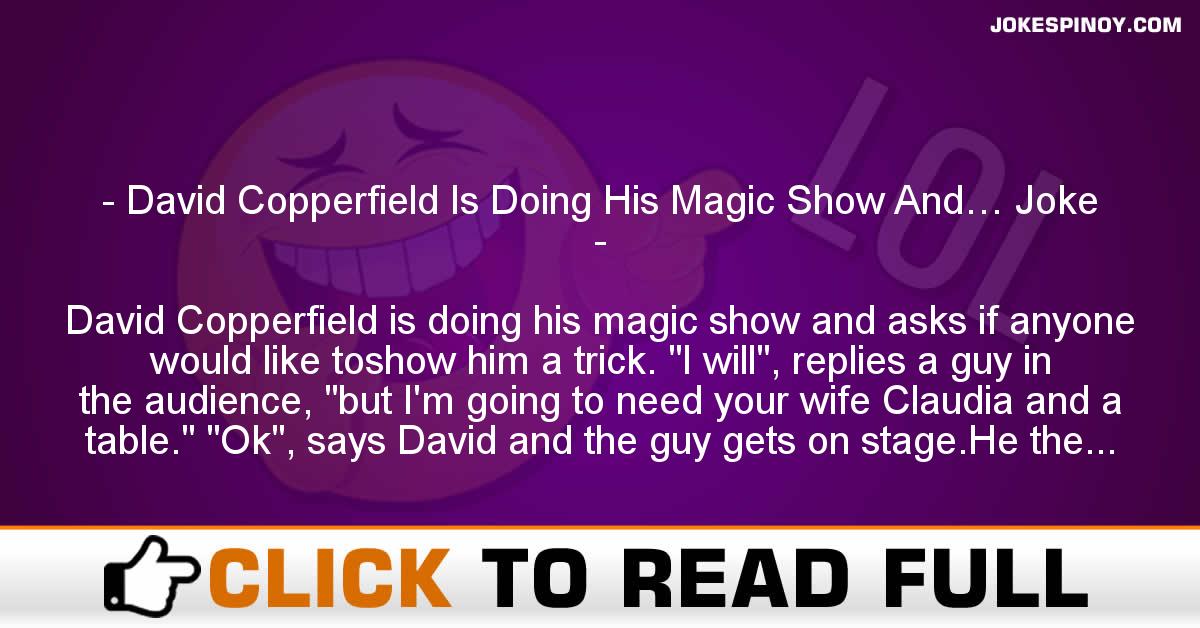 David Copperfield is doing his magic show and asks if anyone would like toshow him a trick. “I will”, replies a guy in the audience, “but I’m going to need your wife Claudia and a table.” “Ok”, says David and the guy gets on stage.He then bends Claudia over the table, pulls down her knickers and startsf*****g her from behind. David is now very pissed off and says, “That isn’t a trick!!!”The guy just looks at David Copperfield and replies,”I know, it’s f*****g magic.”