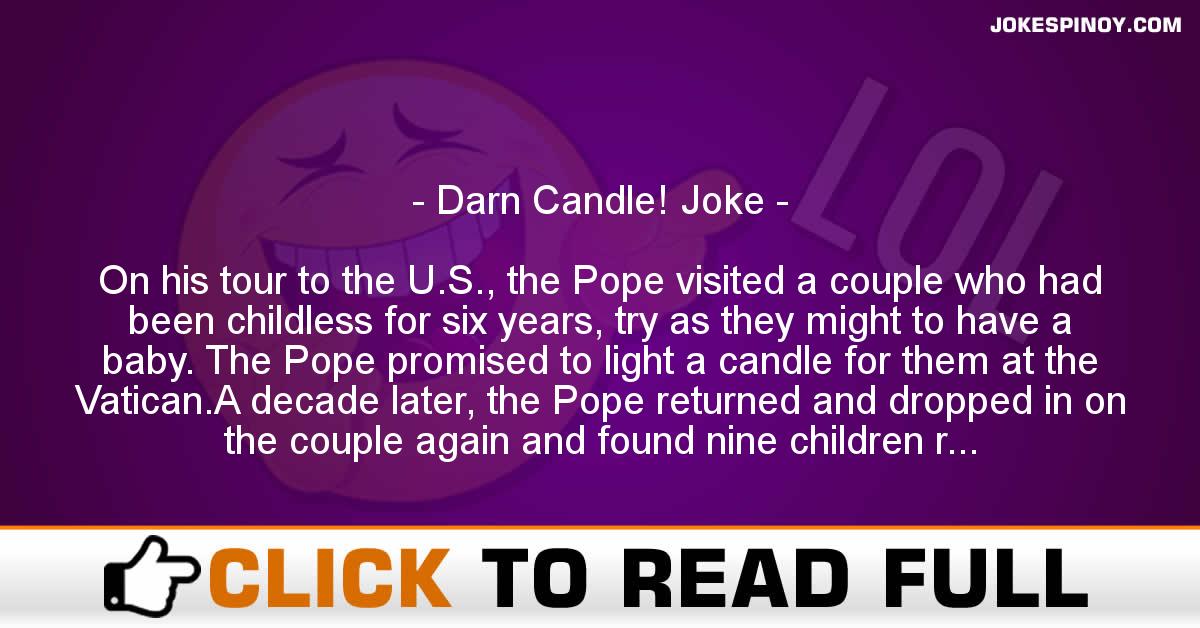 On his tour to the U.S., the Pope visited a couple who had been childless for six years, try as they might to have a baby. The Pope promised to light a candle for them at the Vatican.A decade later, the Pope returned and dropped in on the couple again and found nine children romping around the house.Congratulating the wife on her fruitfulness, the Pope looked around and asked, “But where is your husband?””Jim?” the haggard woman said. “Oh, he went to Rome to blow out that candle!”