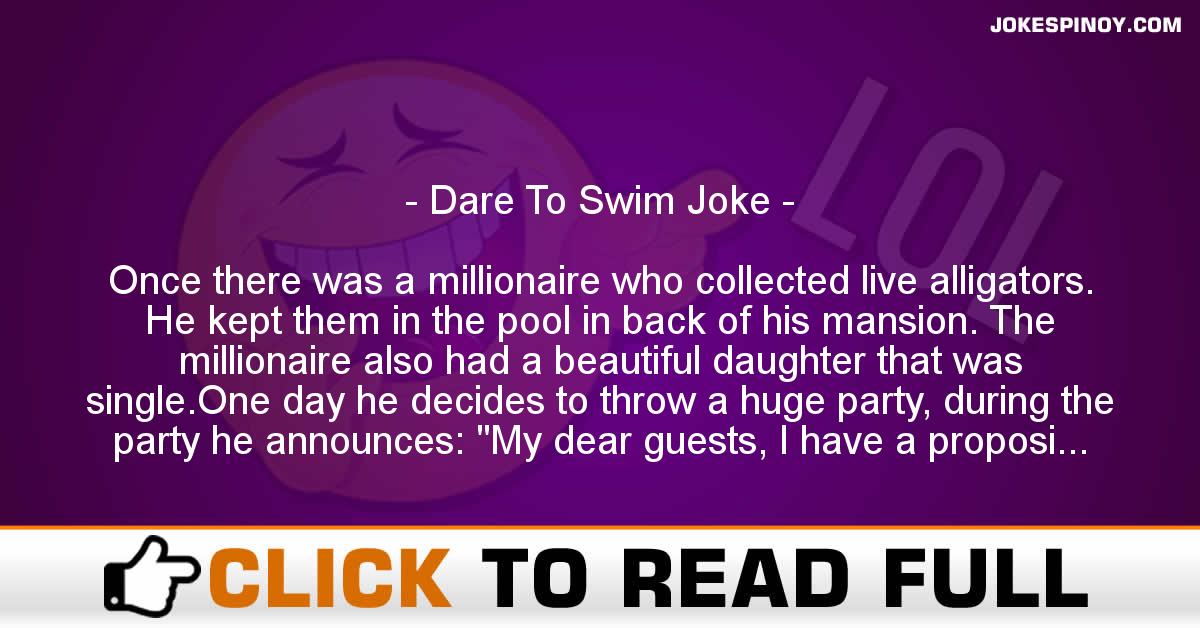 Once there was a millionaire who collected live alligators. He kept them in the pool in back of his mansion. The millionaire also had a beautiful daughter that was single.One day he decides to throw a huge party, during the party he announces: “My dear guests, I have a proposition to every man here. I will give 1 million dollars or my daughter to the man that can swim across this pool full of alligators and emerge unharmed!”As soon as he finished his last word there was the sound of a large splash! There was one guy in the pool swimming with all his might, the crowd cheered him on as he kept stroking. Finally, he made it to the other side unharmed.The millionaire was impressed, he said, “My boy that was incredible! Fantastic! I didn’t think it could be done! Well, I must keep my end of the bargain, which do you want my daughter or the 1 million dollars?”The guy says, “Listen, I don’t want your money! And I don’t want your daughter! I want the person who pushed me in that water!”