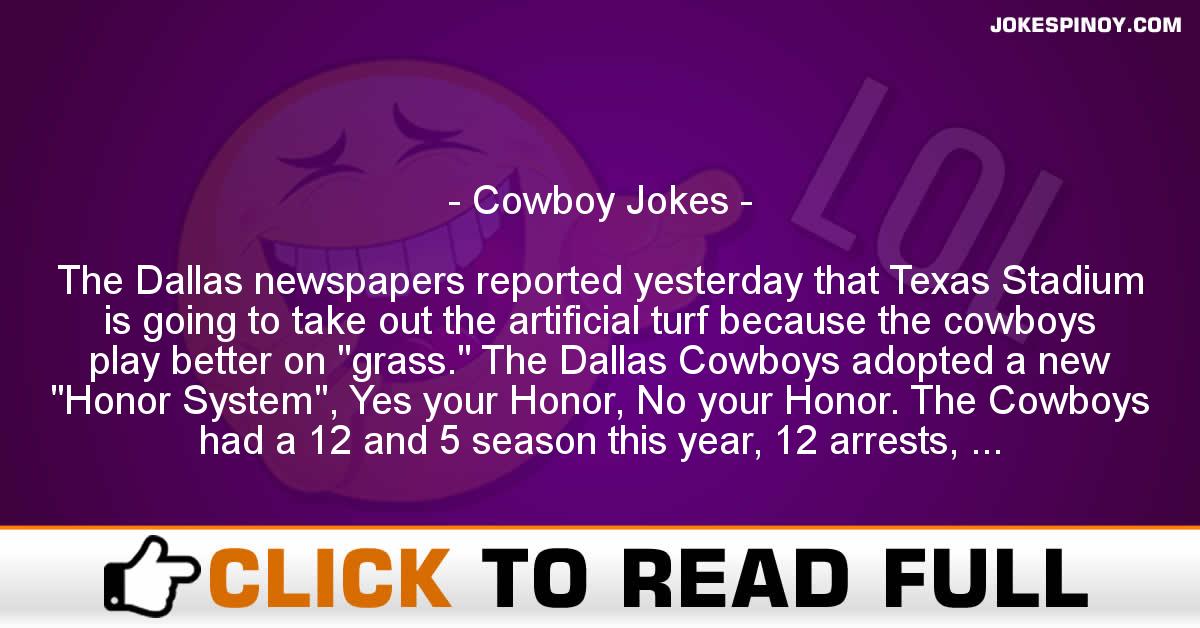 The Dallas newspapers reported yesterday that Texas Stadium is going to take out the artificial turf because the cowboys play better on “gra*s.” The Dallas Cowboys adopted a new “Honor System”, Yes your Honor, No your Honor. The Cowboys had a 12 and 5 season this year, 12 arrests, 5 convictions. The Cowboys knew they had to do something for their defense, so they hired a new defensive coordinator: Johnny CochranQ: How do the Dallas Cowboys spend their first week at spring training?A: Studying their Miranda Rights.