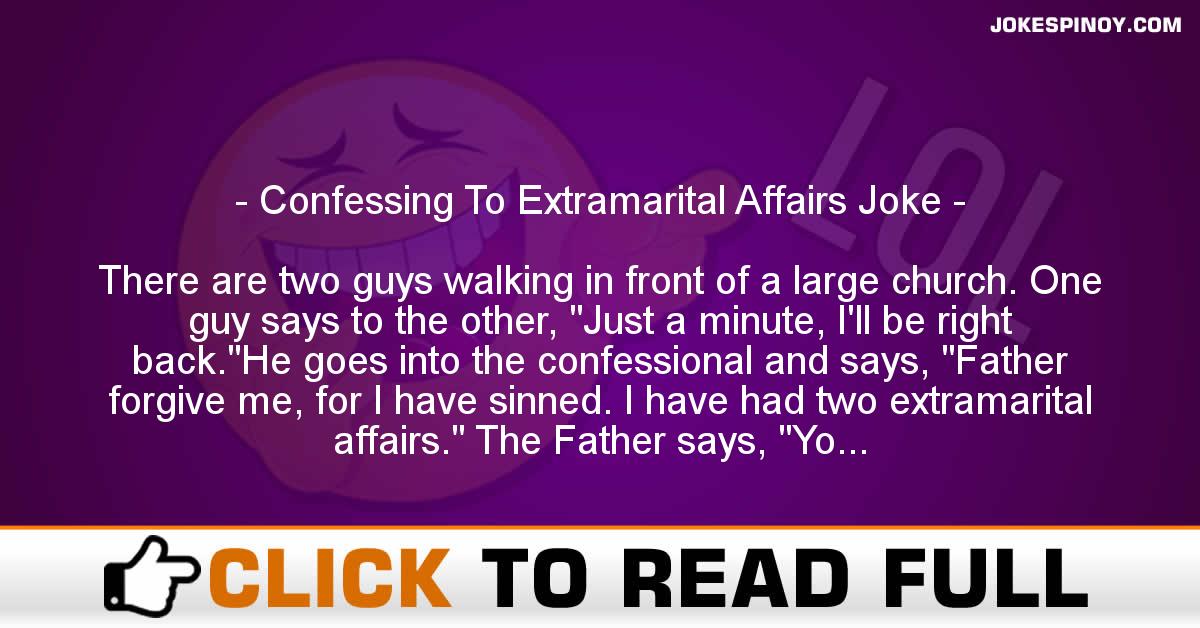 There are two guys walking in front of a large church. One guy says to the other, “Just a minute, I’ll be right back.”He goes into the confessional and says, “Father forgive me, for I have sinned. I have had two extramarital affairs.” The Father says, “You need to say 40 Hail Marys,and I also need to know if the women were members of my parish.”The confessor replies, “Yes Father, they were.”The priest says then that in order to receive absolution he, the priest, needed the names of the two women.The man said, “Father, I don’t kiss and tell, and besides, I must leave them to handle their own confessions.”The priest responded, “Well, was one of them Mrs. O’Reilly?”The man replied, “No Father, and I wouldn’t say anyway. I’ve told you that!”The priest says, “Well, was one of them Mrs. Brown?”Exasperated the man said, “No Father, and I told you I’m not telling you the names of the women!!!”The priest said, “Well then I’m going to expel you from the congregation for 6 months! The man said. “OK, fine.” and left.As he approached his friend at the bottom of the steps his friend said, “So, how did it go?”The confessor said, “Great! 6 months off, and two leads!”