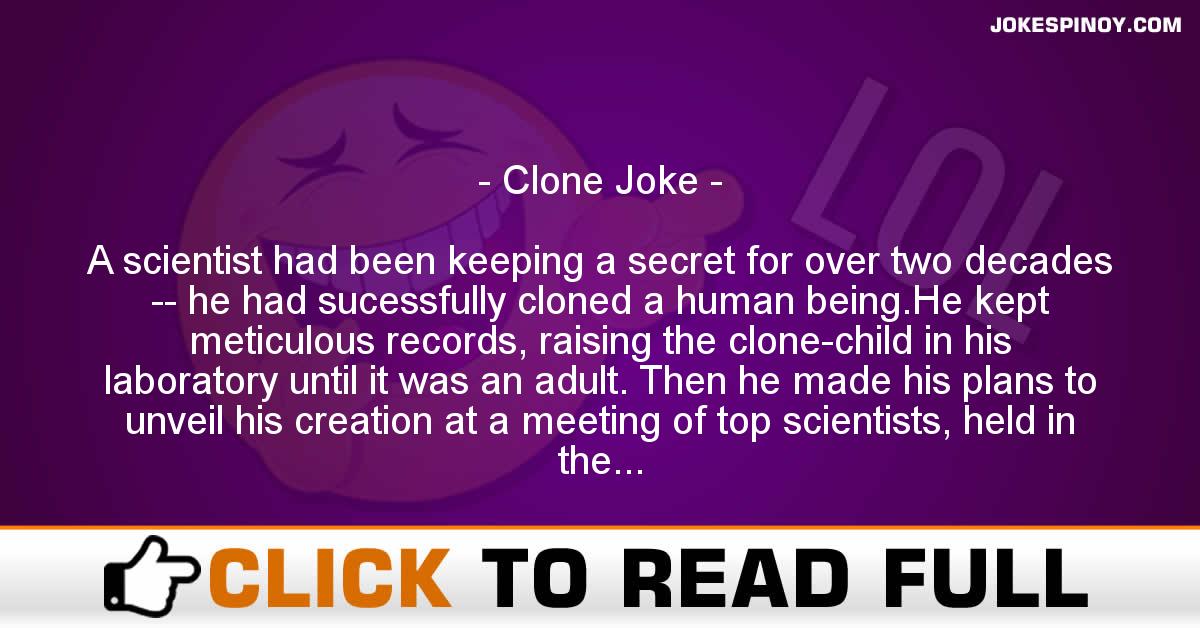 A scientist had been keeping a secret for over two decades — he had sucessfully cloned a human being.He kept meticulous records, raising the clone-child in his laboratory until it was an adult. Then he made his plans to unveil his creation at a meeting of top scientists, held in the luxurious facilities of a high-rise hotel.When the time for his presentation came, the scientist stepped to the podium. He presented his data — his pictures, his charts, his graphs — to an amazed audience. But suddenly, instead of waiting for his cue to come forward, the clone stood up where he’d been sitting, and started shouting at the scientists a*sembled there.This clone was an imaginative clone. He used language that would make a sailor blush, accusing his creator and all of his colleagues of the most amazing feats of perversion and vice.Trying to regain control, the scientist ushered the clone out of the room and up to the roof of the hotel, where he hoped the clone’s shouts would go unheard.The clone would not listen to reason. He attacked the scientist’s parentage, his sister, his mother….Finally, the scientist snapped. He could bear it no longer. He rushed forward and with a mighty shove, pushed his creation off the roof of the hotel.The police arrived promptly and arrested the scientist for making an obscene clone fall.