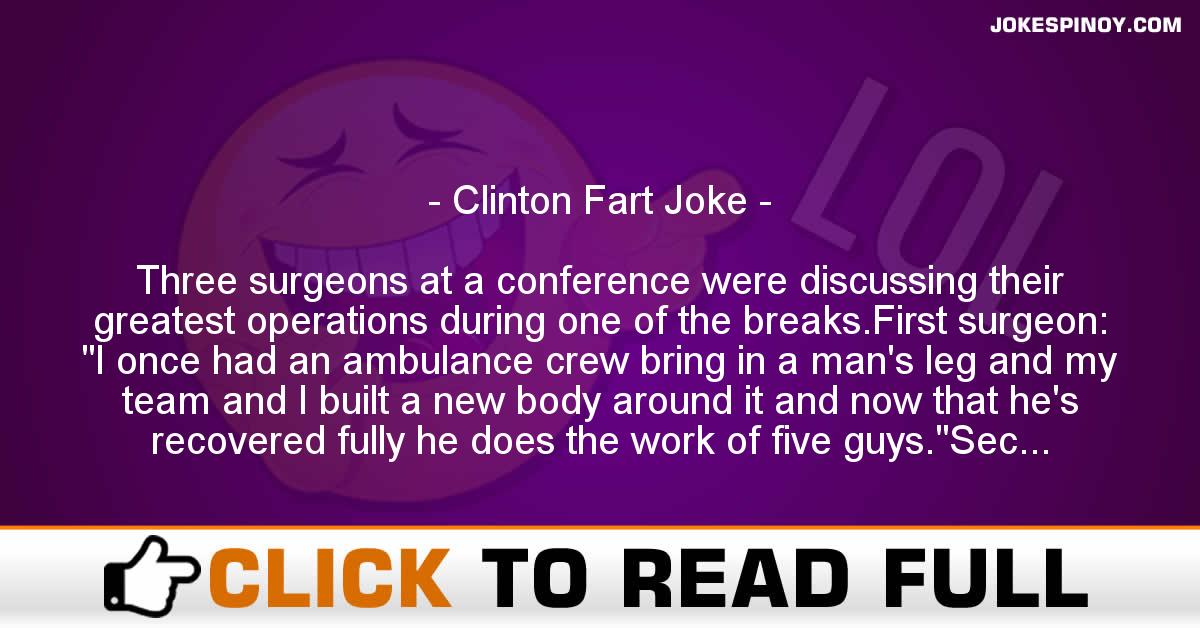 Three surgeons at a conference were discussing their greatest operations during one of the breaks.First surgeon: “I once had an ambulance crew bring in a man’s leg and my team and I built a new body around it and now that he’s recovered fully he does the work of five guys.”Second surgeon: “That’s really good. My greatest test was a few skin fragments sent to us by the local nuclear plant after a major accident. My team and I work for three days and built an entire new person around those few bits and sent him back to work six months later. He’s so good that he now runs the entire plant by himself!”Third surgeon: “Not bad, my friend. I was walking along outside the White House when Clinton went jogging by and farted. I captured that fart in a plastic bag and went to the hospital. My team and I built another a*s hole around that fart, added a brain and he’s so good he’s putting this entire country out of work!”