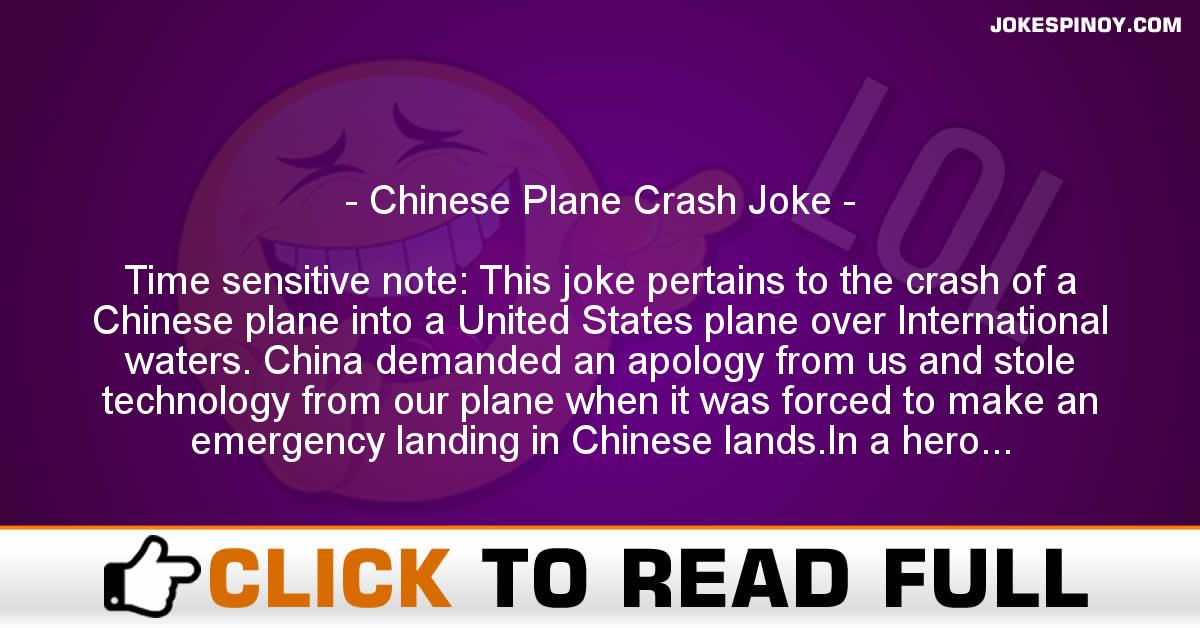 Time sensitive note: This joke pertains to the crash of a Chinese plane into a United States plane over International waters. China demanded an apology from us and stole technology from our plane when it was forced to make an emergency landing in Chinese lands.In a heroic dogfight, fought over international waters off the mainland China coast, a 60s era American-built Lockheed Electra propeller airliner with 24 US Navy pa*sengers/observers aboard chewed up one of China’s best state-of-the-art supersonic fighter aircraft. The Americans utilizing the infrequently seen combat tactic of straight and level flight, often accomplished by relying solely on auto pilot, engaged the unfortunate single seat combat jet and knocked it out of the air using only one of its four formidable rotating air ma*s propeller weapons system.After the action, the crew and pa*sengers/observers dropped in on China’s Hainan Island Resort for some much-deserved R&R as guests of the Chinese government. Reprinted from the Taiwan Daily Gazette