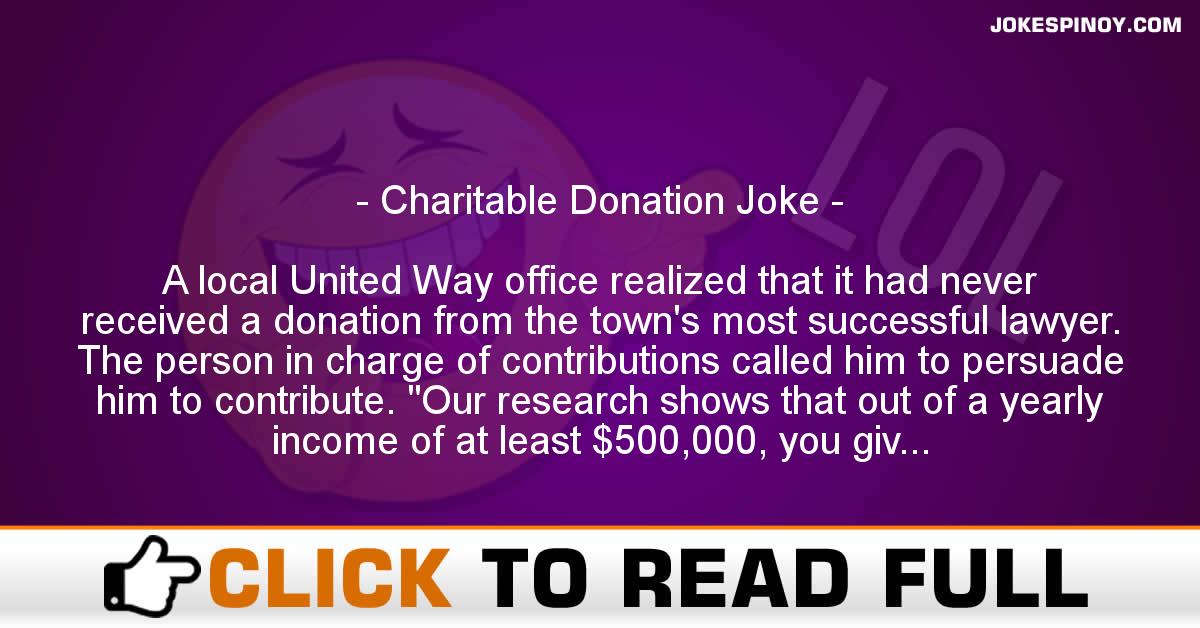 A local United Way office realized that it had never received a donation from the town’s most successful lawyer. The person in charge of contributions called him to persuade him to contribute. “Our research shows that out of a yearly income of at least $500,000, you give not a penny to charity. Wouldn’t you like to give back to the community in some way?” The lawyer mulled this over for a moment and replied, “First, did your research also show that my mother is dying after a long illness, and has medical bills that are several times her annual income?” Embarrassed, the United Way rep mumbled, “Um…no.” “–or that mybrother, a disabled veteran, is blind and confined to a wheelchair?” The stricken United Way rep began to stammer out an apology but was interrupted, “–or that my sister’s husband died in a traffic accident,” the lawyer’s voice rising in indignation, “leaving her penniless with three children?!” The humiliated United Way rep, completely beaten, said simply, “I had no idea…” On a roll, the lawyer cut him off once again: “–so if I don’t give any money to them, why should I give any to you?!?”