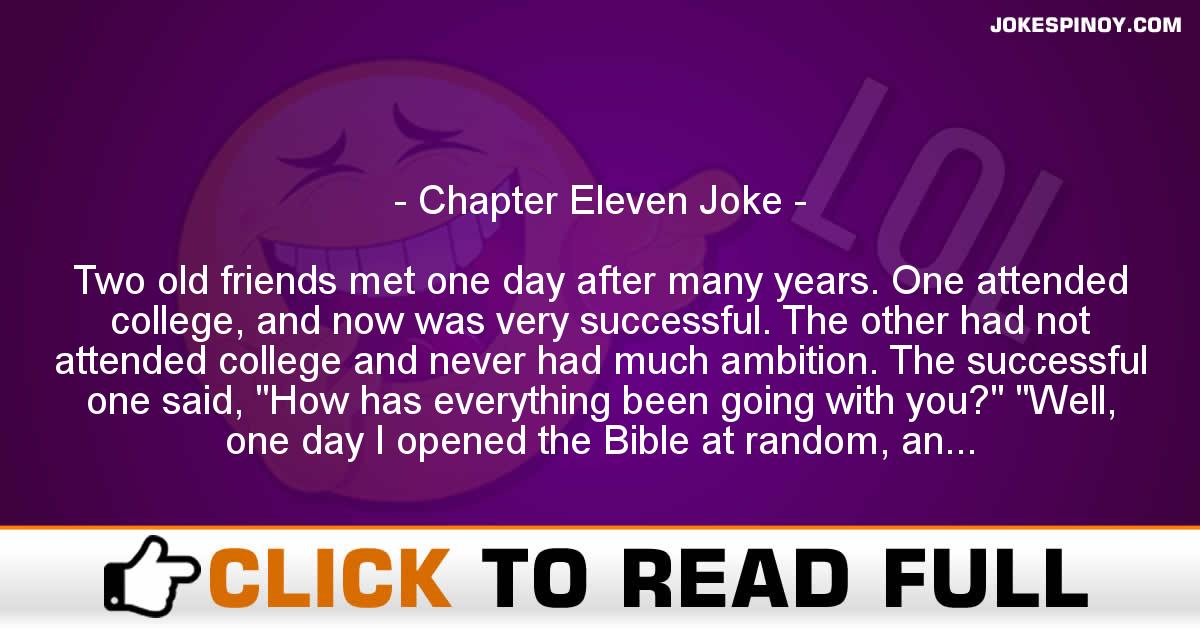 Two old friends met one day after many years. One attended college, and now was very successful. The other had not attended college and never had much ambition. The successful one said, “How has everything been going with you?” “Well, one day I opened the Bible at random, and dropped my finger on a word and it was oil. So, I invested in oil, and boy, did the oil wells gush. Then another day I dropped my finger on another word and it was gold. So, I invested in gold and those mines really produced. Now, I’m as rich as Rockefeller.” The successful friend was so impressed that he rushed to his hotel, grabbed a Gideon Bible, flipped it open, and dropped his finger on a page. He opened his eyes and his finger rested on the words, “.”