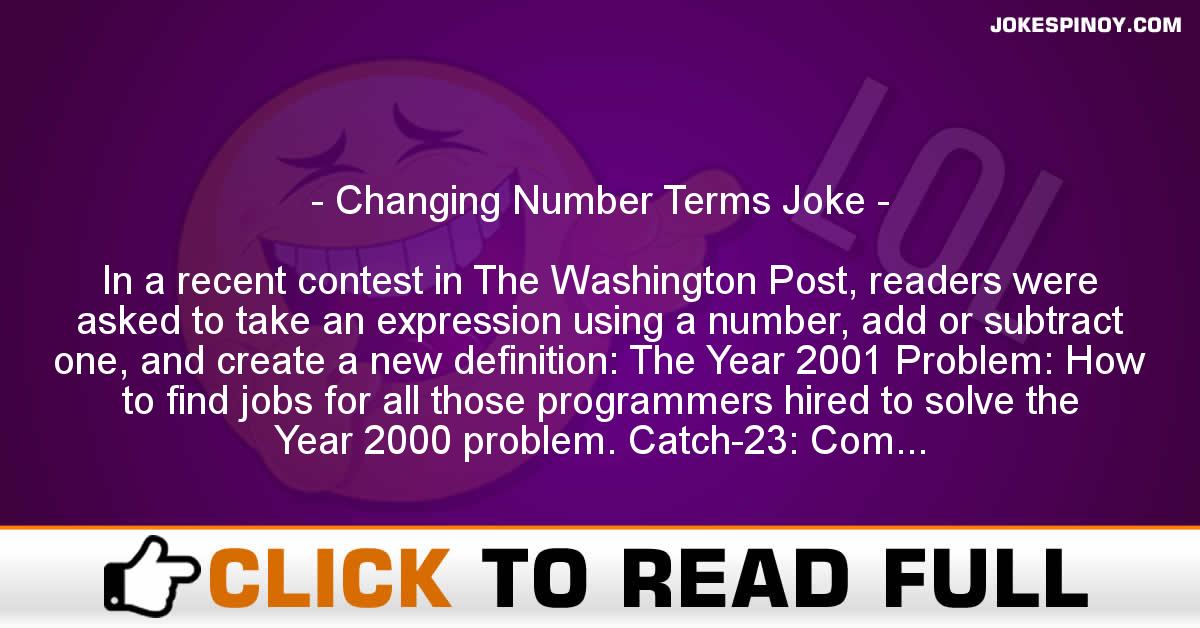 In a recent contest in The Washington Post, readers were asked to take an expression using a number, add or subtract one, and create a new definition: The Year 2001 Problem: How to find jobs for all those programmers hired to solve the Year 2000 problem. Catch-23: Complete the previous catch before proceeding to this step. Fortune 501: Levi Strauss makes the list, but just by the seat of its pants. Motel 5: If you’re not there by midnight, they turn off the light. Dressed to the Eights: Impeccably attired with white socks. Six Brides for Seven Brothers: Someone’s gonna get hurt ! Snow White and the Eight Dwarfs: The title, before they expelled Ga*sy. Five Eyes: Other kids can be so cruel when you are Siamese twins, and one of you is wearing a monocle. 665: The mark on the forehead of Satan’s slightly less evil brother, Ralph.