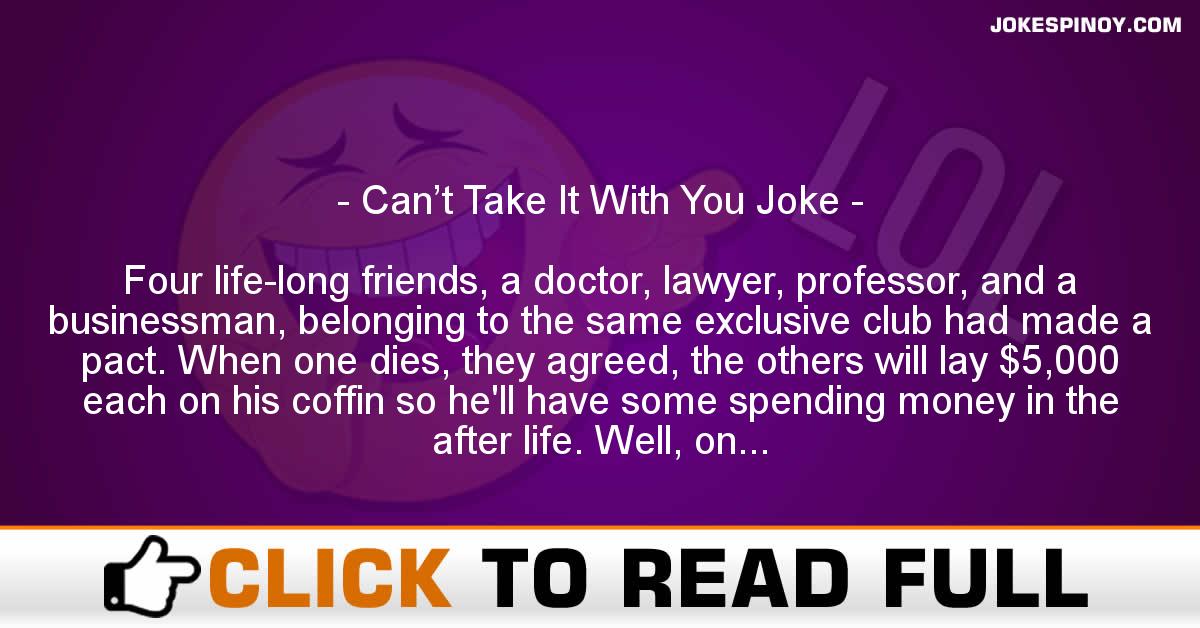 Four life-long friends, a doctor, lawyer, professor, and a businessman, belonging to the same exclusive club had made a pact. When one dies, they agreed, the others will lay $5,000 each on his coffin so he’ll have some spending money in the after life. Well, one day the professor pa*ses away. At his funeral the three friends took turns going up to the coffin and paying their respects. The doctor was first, laying 50 $100 bills inside the casket. Next was the businessman, tearfully placing his $5,000 cash next to his deceased friend. Then the lawyer approached the coffin ….. wrote out a check for $15,000 … laid it in the casket, and picked up the 10 grand in cash.

Topic of Interest:    YOU CANT\ TAKE IT WITH YOU PUNS