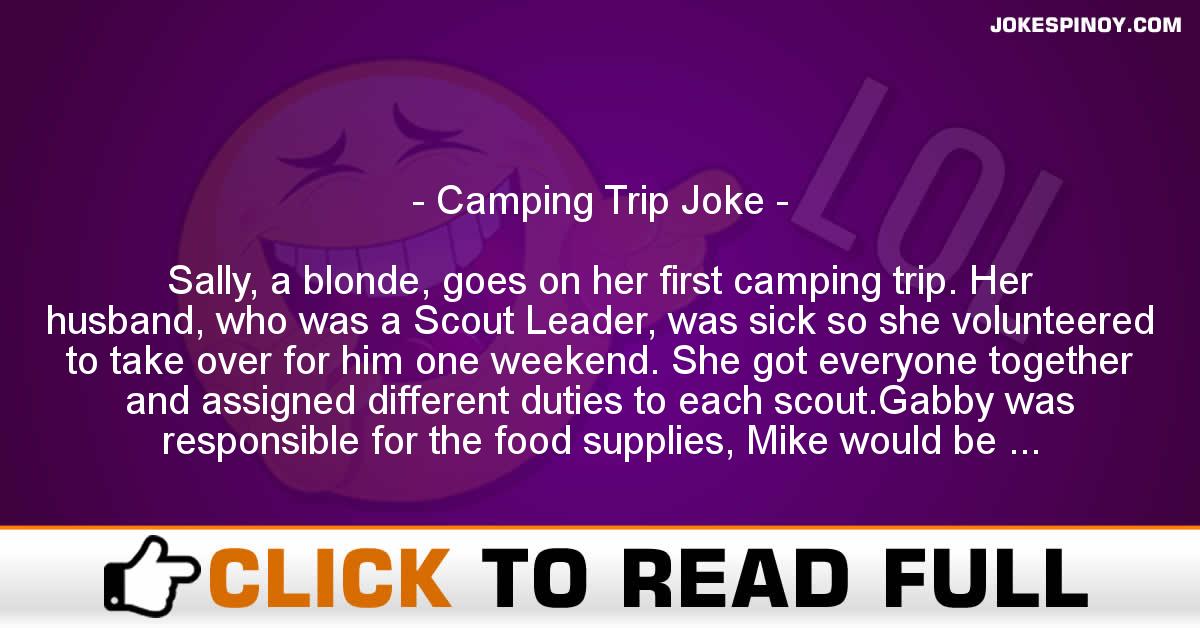 Sally, a blonde, goes on her first camping trip. Her husband, who was a Scout Leader, was sick so she volunteered to take over for him one weekend. She got everyone together and assigned different duties to each scout.Gabby was responsible for the food supplies, Mike would be the cook this trip, Johnnie was responsible for their maps and making up a time schedule, Tim was to decide on their events, and to fit them into Johnnie’s schedule and Sally would test all their equipment before setting out.They arrived at Big Moose Mountain and everyone was excited. They arrived right on schedule and were getting ready for their first event – hiking up the mountain. But first, they wanted to get something to eat. So Sally asked Mike if he would prepare the meal and, of course, Mike said he would.About 10 minutes later he came back and told Sally, “I can’t make the supper. I can’t light a fire with the matches you brought.”Sally replied, “I don’t understand! Those matches should be perfectly fine. I tested them all just before we left.”