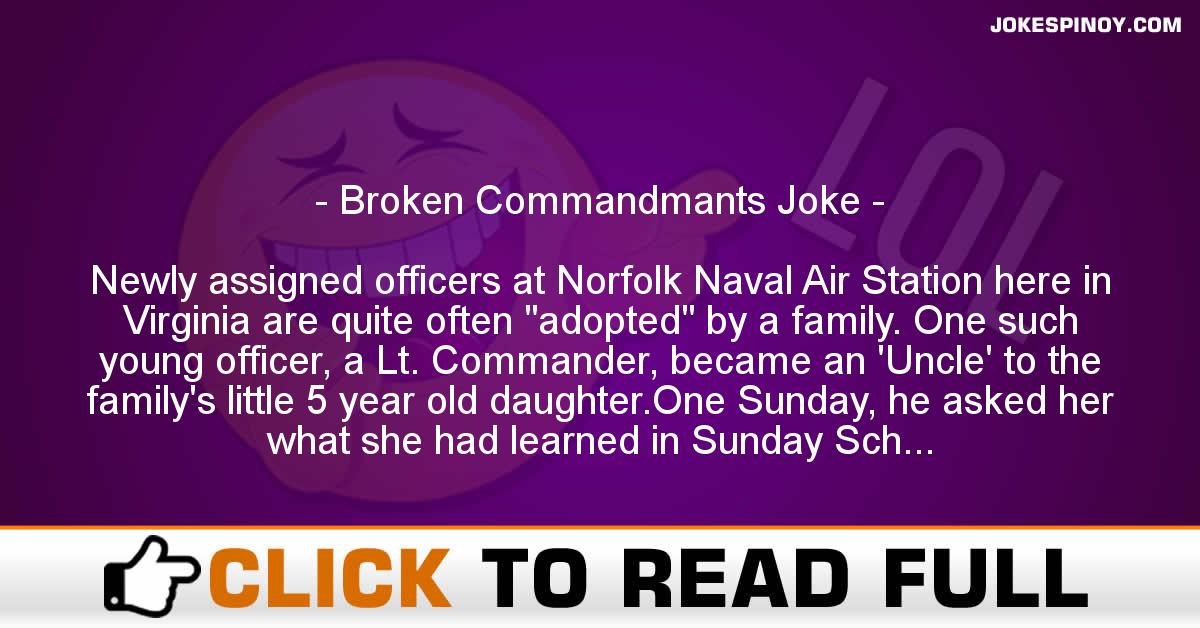 Newly a*signed officers at Norfolk Naval Air Station here in Virginia are quite often “adopted” by a family. One such young officer, a Lt. Commander, became an ‘Uncle’ to the family’s little 5 year old daughter.One Sunday, he asked her what she had learned in Sunday School. Aware of his rank and standing in the service, she beamed and said, “We learned all about the ten commanders, Uncle Joe. They’re always broke!”